Live and let thrive.
Former Bond girl Jane Seymour hit the beach in Hawaii with her family over the weekend, showing that she’s still got it at 70 years old. 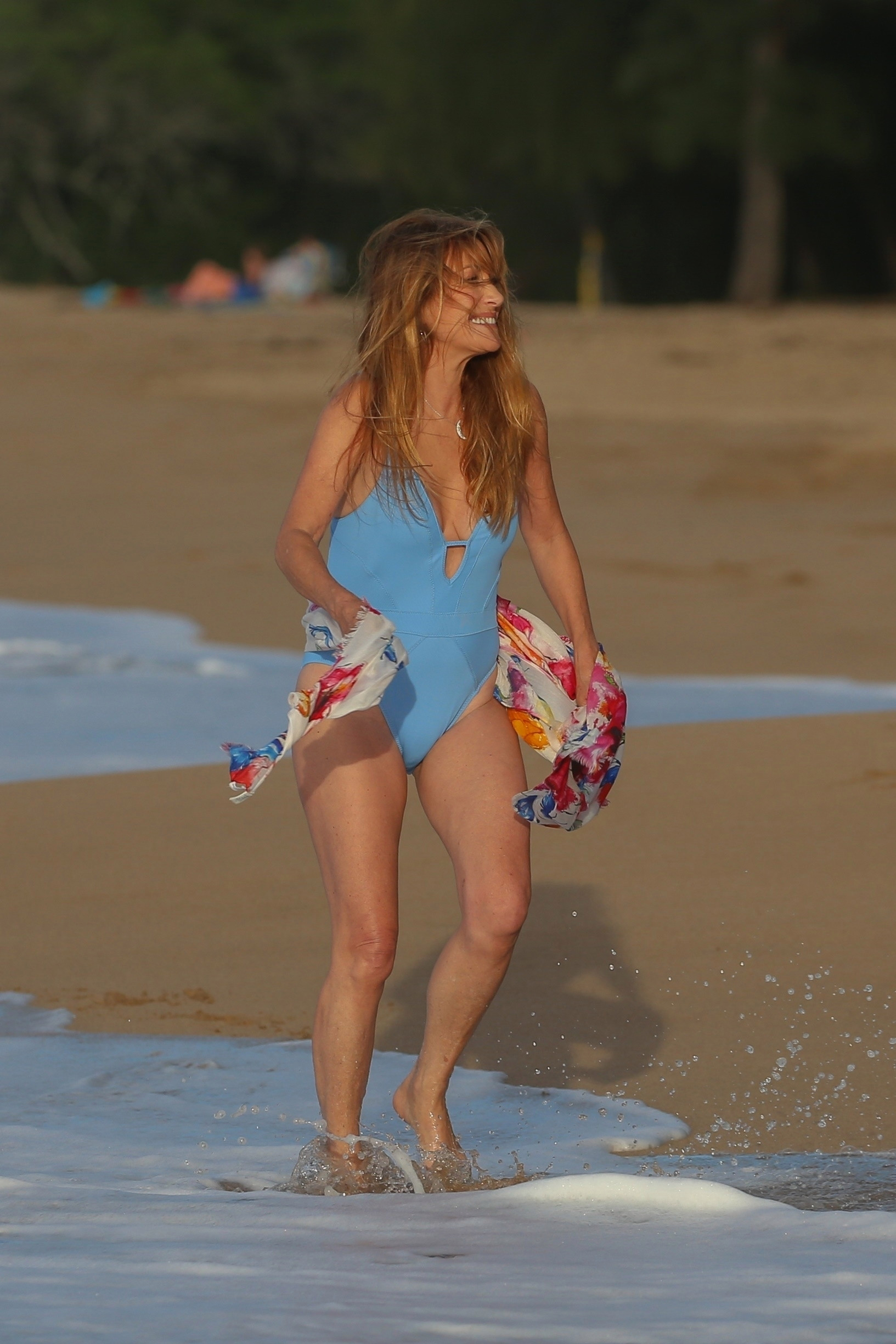 Seymour turned 70 in February.Flightrisk / BACKGRID
Seymour strutted her stuff in the surf in a baby blue one-piece swimsuit that she accessorized with a butterfly-print wrap.
The “East of Eden” star told Page Six in October that her vacation schedule isn’t the only thing that’s booked solid — she’s been steadily working throughout the pandemic. 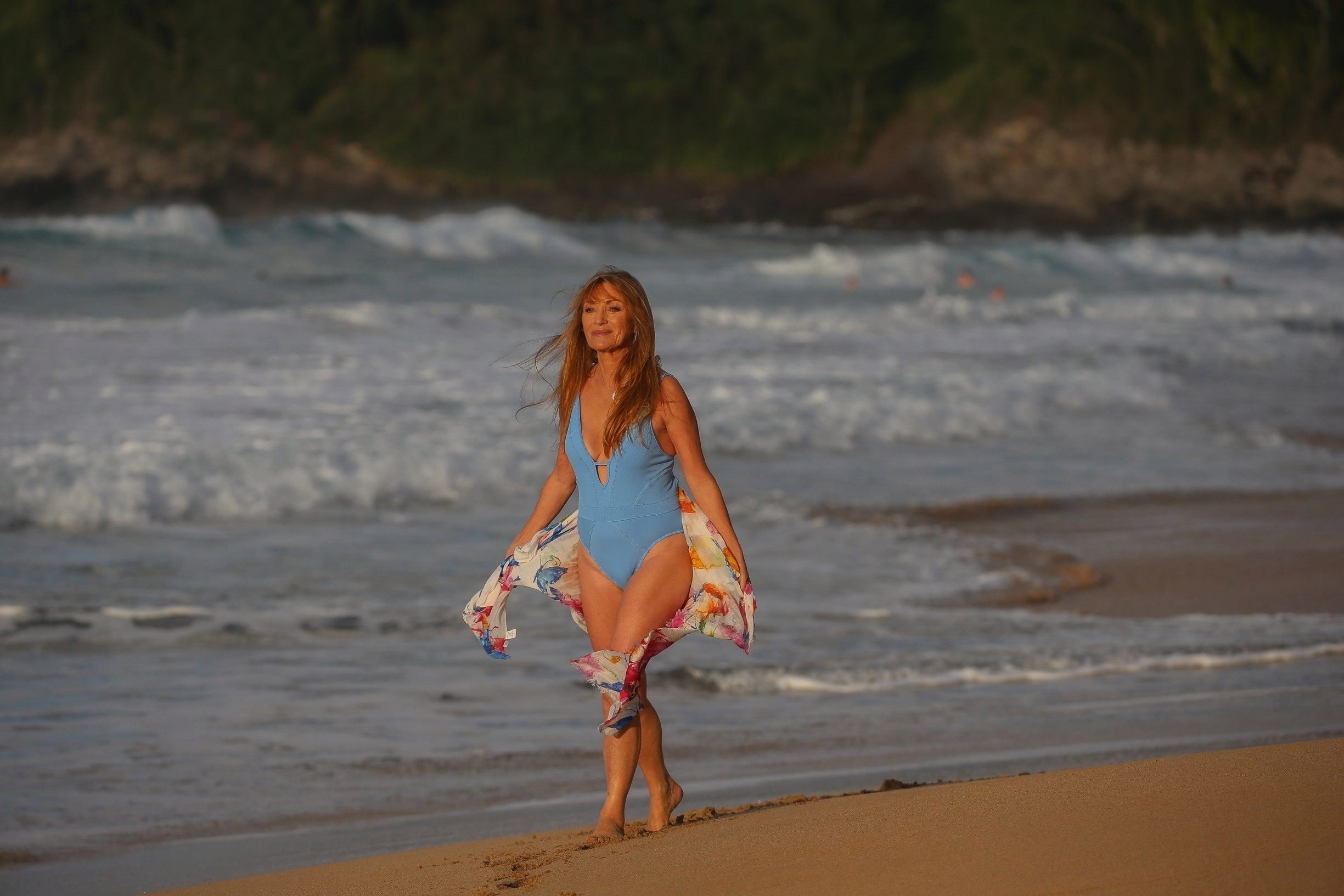 Jane Seymour on vacation in Hawaii.Flightrisk / BACKGRID
“My agents, at one point, pointed out to me that I was literally their only client at the time working in any category,” Seymour said. “I’ve worked on three projects back-to-back.”
The English-born actress recently completed the Robert De Niro comedy “The War with Grandpa” and the film “Friendsgiving,” in addition to her recurring role on “The Kominsky Method.” 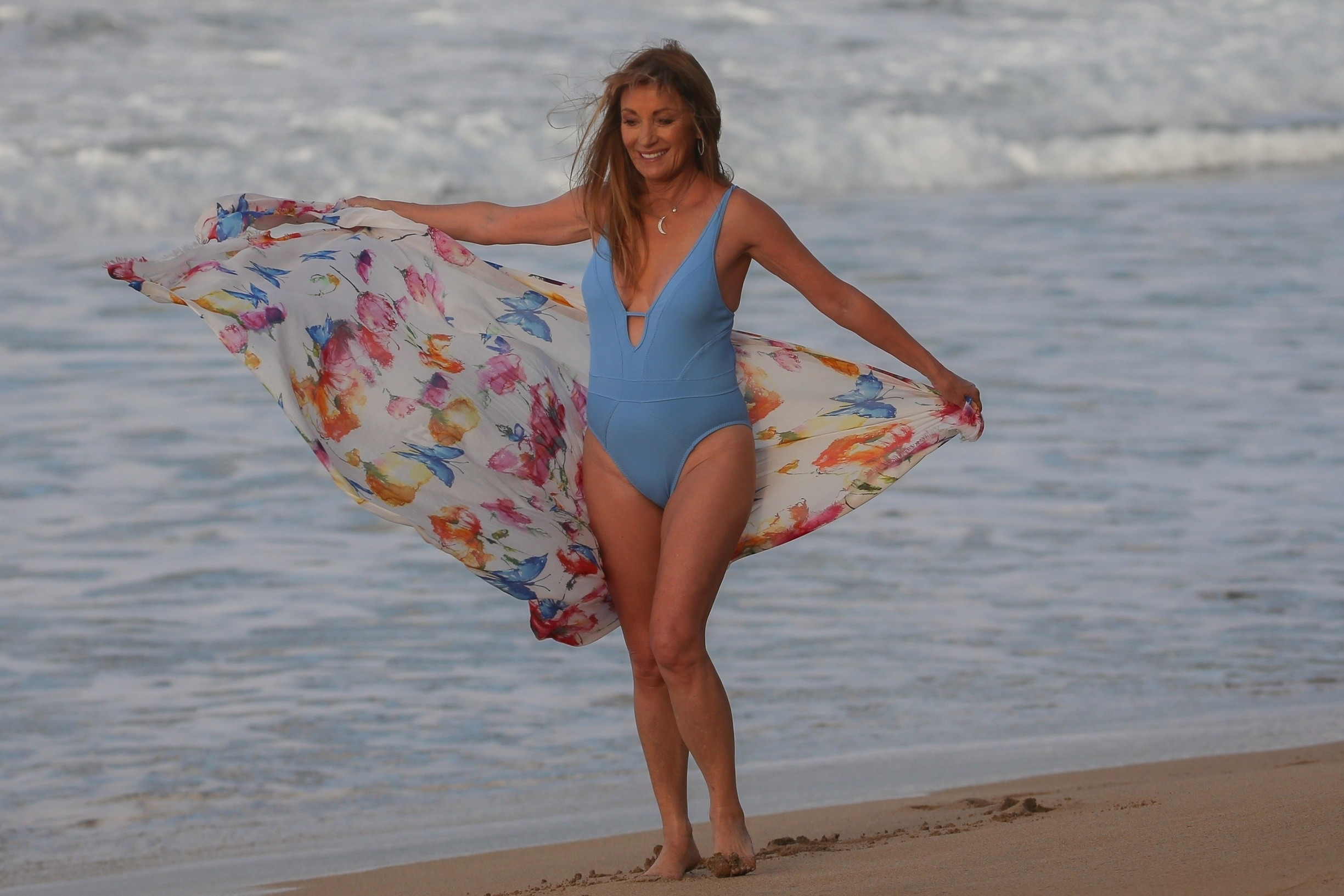 Jane Seymour hits the beach in Oahu.Flightrisk / BACKGRID
Meanwhile, on the occasion of her milestone 70th birthday last month, Seymour shared some of her anti-aging secrets with Page Six.
“I think having good skin is really the secret to not aging your face,” the longtime Crepe Erase spokeswoman shared. “Using retinol at night, protecting yourself from the sun, using the great skin care that plumps your skin … and pretty much anything that makes me feel healthy, is the best anti-aging secret I know.” 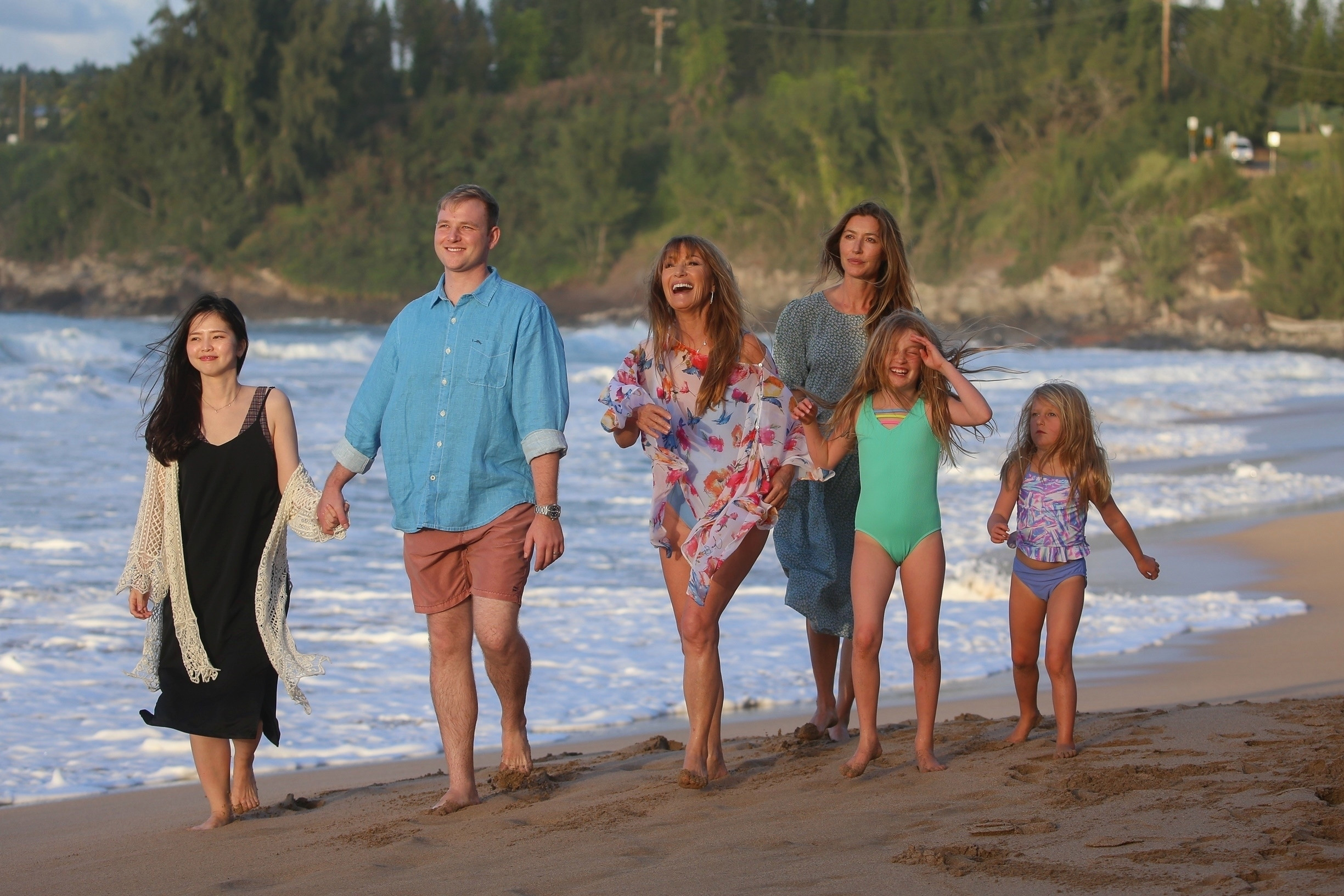 Jane Seymour and her family hit the beach in Hawaii.Flightrisk / BACKGRID
“I do wish I could tell that younger version of myself— that young girl who lived in England where it’s cloudy and rainy most of the time — that she shouldn’t bask in the sun with a reflector board and cooking oil during those two weeks of vacation,” she did note. 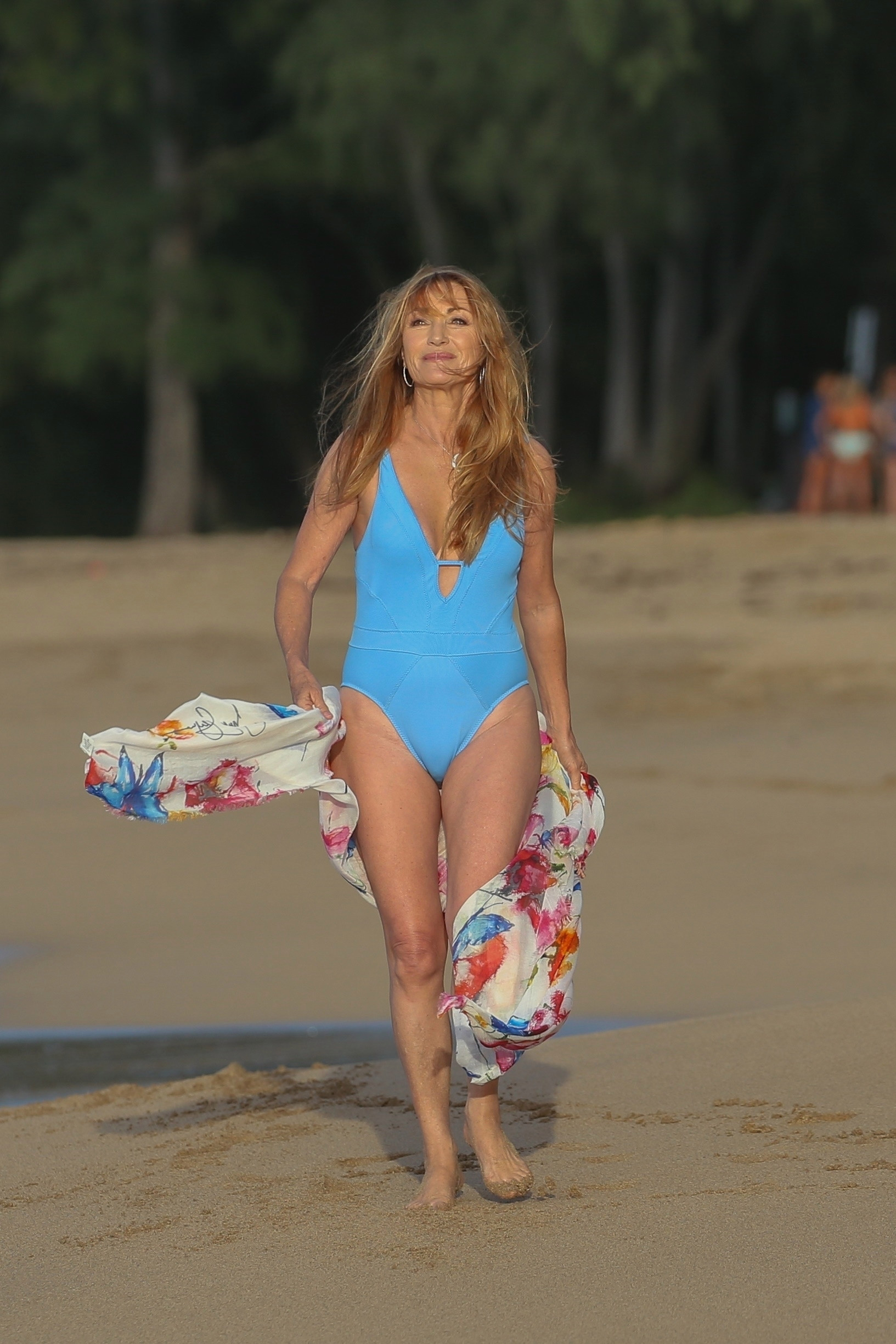 Jane Seymour struts her stuff in Hawaii.Flightrisk / BACKGRID
Clearly it hasn’t hurt her appearance.
And while Seymour told Page Six Style in 2019 that “not every designer will dress someone my age,” we bet a few of them will be knocking on her door after seeing these photos.
This story originally appeared on: PageSix - Author:Page Six Team