Prices went up by 0.4% in September, which was faster than economists thought and shows that higher interest rates aren't doing the trick.

Prices rose by an average of 0.4 percent overall, driven primarily by rising costs for housing, food, and medical care. According to the newly released data from the Bureau of Labor Statistics, prices rose by 8.2 percent overall during the last 12 months ending in September. Food prices have climbed by 11.2 percent in the past year, while energy prices are up by a whopping 19.7 percent despite falling by about 2 percent in September.

September's rising prices occurred despite the ongoing attempts by the Federal Reserve to bring inflation under control with higher interest rates, and it points to ongoing fiscal difficulties for both everyday Americans and the federal government that caused much of this current mess.

Here are the rest of the ugly details from Thursday's consumer price index (CPI) report:

Particularly worrying is that so-called core CPI, which filters out more volatile categories like food and energy prices, rose by 0.6 percent last month. In other words, inflation is widespread throughout the economy and no longer contained to the categories that were driving the phenomenon a year ago. Far from being transitory, inflation now seems to be a deeply rooted problem.

Inflation is proving to be more resilient -- and more troubling -- than many had hoped or forecast.

Americans who have to pay their bills and keep their budgets in order are mostly worried about rising prices. But long-term inflation is also becoming more and more of a problem for the federal government.

As Reason has reported, the need to raise interest rates to fight inflation will have a negative effect on the federal balance sheet by making it more expensive to pay off the federal debt. Even when interest rates were near or at all-time lows, they were still on track to become one of the biggest parts of the federal budget in the next ten years. Higher interest rates mean that the government will have to spend a lot more money just to keep track of the debt it already has. This is a negative feedback loop that makes the government's already bad financial situation much worse.

There have been warnings for a long time. But no one has been listening. Peter Suderman of Reason wrote last week, "For well over a decade, the Congressional Budget Office (CBO) has been issuing dire warnings about the country's current debt levels and the long-term buildup of debt they portend." 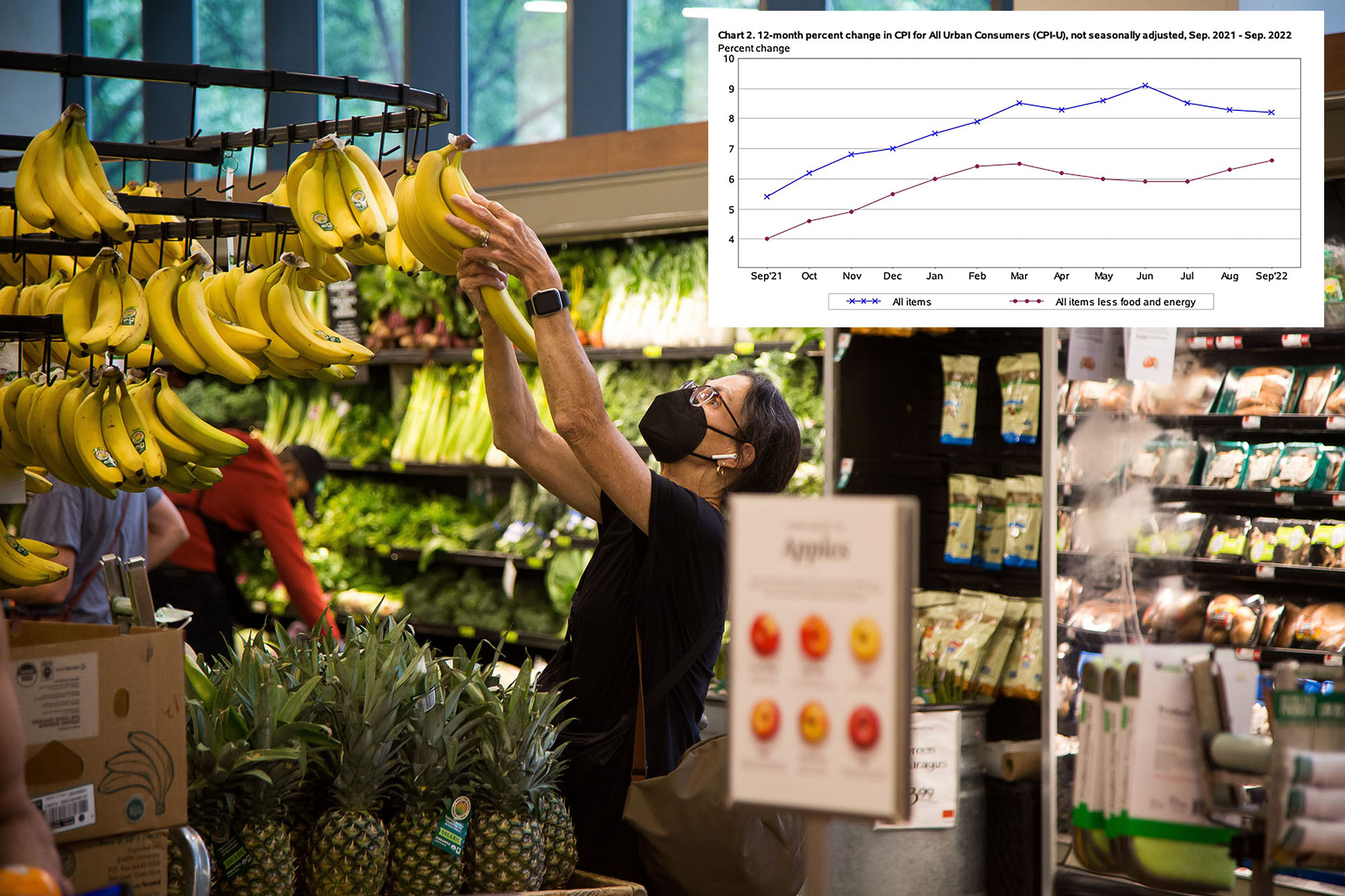 But hold on, there's another problem. Beneficiaries of Social Security get cost-of-living adjustments (COLAs) every year. These adjustments are based on the rate of inflation each year and are given out in September. This means that Social Security payments will go up by 8.7% this year.

This is good news for older Americans, but it will only make the next financial crisis worse. Social Security is already on track to run out of money by 2034. If Congress doesn't do something, all benefits will be cut at that time.

So, in one way, inflation that keeps going up is a problem for everyone who needs to eat, pays rent, and likes to have lights and heat in their homes. That's bad enough, but the inflation report for September also shows that other big problems are coming.

More from: USAGAG
1
The world's most dangerous man
2
Not Just Recession
3
Politicians keep giving themselves powers that their opponents then ...
4
10 quotes by atheists that will make you think ...
Filed under Biden ,  government ,  economic ,  Inflation ,  Bidenflation ,  Cost of Fuel ,  minimum wage ,  FED ,  recession ,  racist

Most Popular This Week
1
Not Just Recession
2
How easy money led to the fall of the ...
3
How do we keep Billion-Dollar Boy-Men from hurting us?
4
About That Nobel Prize: Diamond and Dybvig's Banking Theories
5
The economy is in a mess. What will we ...
6
DeFi Must Be Defended
7
Without the Fed's easy money, home prices will keep ...
8
Lessons about the dangers of luxury from the Roman ...
9
Why Jim Cramer suggests purchasing bitcoin or ethereum, with ...
10
The digital bank Nubank, which is backed by Warren ...