Since the August 2021 Ethereum London Hard Fork, more than $5 billion in ETH has been lost.

Over $7 billion has been taken out of Tether, prompting further concerns about the stablecoin's support

Ethereum London Hard Fork's EIP-1559, which has seen a significant increase in the number of coins burned since August 2021, is gaining ground in 2022.

For this particular upgrade, the primary goal is to stabilize the high gas fees that arise from Ethereum's proof-of-work (POW) network scalability issues.

Because of the high inflation rate associated with mining rewards, this was thought to be a way of stabilizing the value of Ethereum's native asset.

As of March 2022, BeInCrypto Research estimates that more than $5 billion in ETH in base fees have been burned since the implementation of EIP-1559 in August 2021.

As a result of this, more than 1.9 million coins have been permanently withdrawn from the supply. 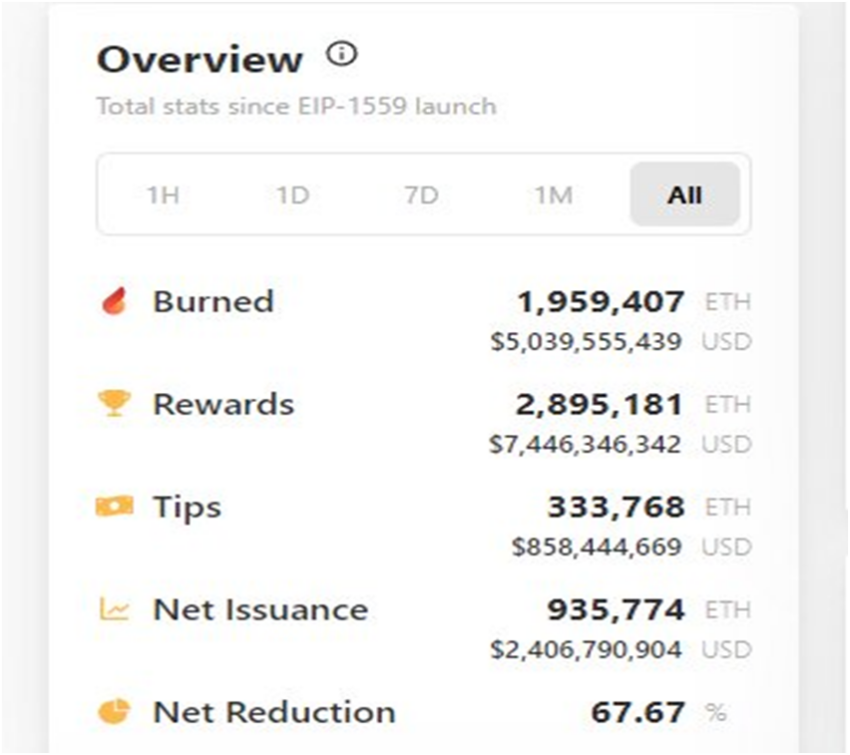 In less than six months, the amount of ETH burned surpassed 500%

Non-fungible tokens like CryptoPunks and Bored Ape Yacht Club have seen a significant increase in demand since coin burning is largely associated with fees, so much of this increase can be attributed to the demand for decentralized exchanges such as SushiSwap and Uniswap.

It appears that EIP-1559 is en route to its burn target.

More than 600,000 ETH remain unburned out of the total amount planned for burning at this time.

Approximately 76% of the projected coins have already been burned, leaving 24% to be burned by the end of August 2022, if not earlier.

More from: O'Sullivan
1
Don't Forget to Report Your Crypto Transactions to the ...
2
The Problem with Play-to-Earn: What Can Be Done About ...
3
What's behind today's drop in the Bitcoin price and ...
4
The price of Ethereum continues to fall below support, ...
Filed under eth ,  ethereum news ,  crypto news ,  crypto ,  eth burn