How do the EUrocrats intend to do this? By imposing additional indirect taxes on European citizens, they will be forced to pay more for everything from their food to their cars to their vacations.

The commission wants to introduce a "carbon border adjustment mechanism", which can be described as an environmental tax. It would place tariffs on all goods and materials coming from outside Europe, thus raising the prices of basically everything in Europe.

The EU also plans to force EU businesses to pay a "carbon adjustment" for importing goods from outside the bloc. The commission’s idea is to gradually introduce this levy. Firstly, sectors in cement, iron and steel, aluminum, fertilizer and electricity would be following the new rules, and, in a second stage, other sectors would follow. The EU wants to put even more taxes on aviation fuel as well, raising the prices of air travel and for air transport. And if the buisnesses have to pay more, that means consumers will have to pay more, and with rising inflation wreaking havoc in many European countries at the moment, this is probably the last thing people in Europe would want to see happen. Not that the unelected EU commssioners care what people in Europe think or want.

The make-or-break decade has already started.

Our first major climate milestone will be a 55% reduction of emissions by 2030.

Previously The European parliament has declared a global “climate and environmental emergency” as it urged all EU countries to commit to net zero greenhouse gas emissions by 2050. Intended to demonstrate Europe’s green credentials, Ursula von der Leyen, the unelected president of the European commission, declared that the EU would lead the fight against “the existential threat” of climate change. At the same time that EU politicans are delcaring a "climate emergency" and pledging to make Europe a "climate neutral continent" the same EUrocrats will spend millions of euros more on their own private jet flights. In fact it will increase its spending on private jets by over 50% in the next 5 years. Shock figures show the EU has raised its “air taxi” flights budget by more than €3.5million despite pledging to cut emissions in the fight against climate change. The EU’s tender database showed the budget will rise to €10.71 million from 2016 to 2021, which is a 50 per cent hike on the previosu budget of €7.14 million. As an example of the EU's hypocrisy, the formet head of the EU commision, Jean Claude Juncker, used private jets in 2018 for almost half of his official visits in that year, with one overnight trip costing €40,000, despite EU laws banning 'air taxis' unless there are no other flights. The current head head of the EU commision, Ursula Von Der Leyen, has also been extremely fond of using private jets (despite the fact that she can use trains for many of her overland trips) as she crisscrosses the continent and the world while preaching to everyone how important it is the stop using fossile fuels. 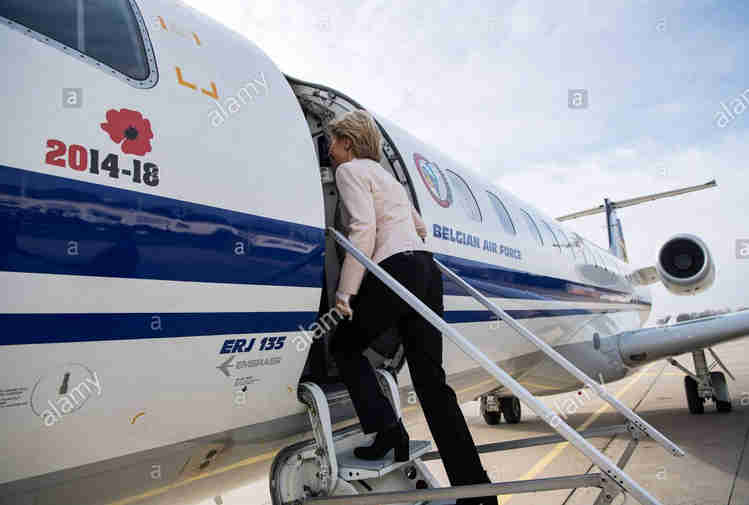 In case the unelected Eurocrats in Brussels are not aware of this, private jets emit up to 20 times more carbon dioxide per passenger mile than a commercial flight and hugely more than trains. It seems that the Eurocart's in Brussels motto and message to Europeans is "Carbon neutral and climate emergency for thee, but not for me."

More from: USAGAG
1
Here's who bought a Florida home for a record-breaking ...
2
A nurse makes $13,000 a month by taking pictures ...
3
Elvis Presley's manager had a murky past and was ...
4
Why global leaders such as Putin are anxious about ...
Filed under climate taxes ,  EU ,  climate changes