Wrapped XRP on Ethereum could give the asset a much-needed boost.

The ongoing Ripple vs Securities and Exchange Commission (SEC) lawsuit has kept XRP in the spotlight for the last few months. This may have diverted people's attention away from the network developments being pushed out on Ripple. The most recent update may actually work in favor of XRP and save it.

Wrapped recently announced that starting in December, they will provide support for Wrapped XRP (wXRP) on the Ethereum blockchain. Not surprisingly, it struck a chord with the market and investors alike.

The token, which will be backed by XRP 1:1, will be usable across Ethereum's DeFi ecosystem. This step will benefit not only XRP's adoption and expansion, but will also make Ethereum a more appealing DeFi option due to the availability of support for multiple tokens.

As previously stated, the market appeared to be overjoyed with this announcement. As a result, XRP's price action increased by 11.81 percent over the next four days, recovering from a 10.1 percent drop the day before.

And this boost was much needed, and the token may require another one to break free of its nearly 2-month-long consolidation. XRP has been stuck under $1.168 since September 7 and above $0.099 since the beginning of October.

A consolidation this long might not be the best thing for the token. 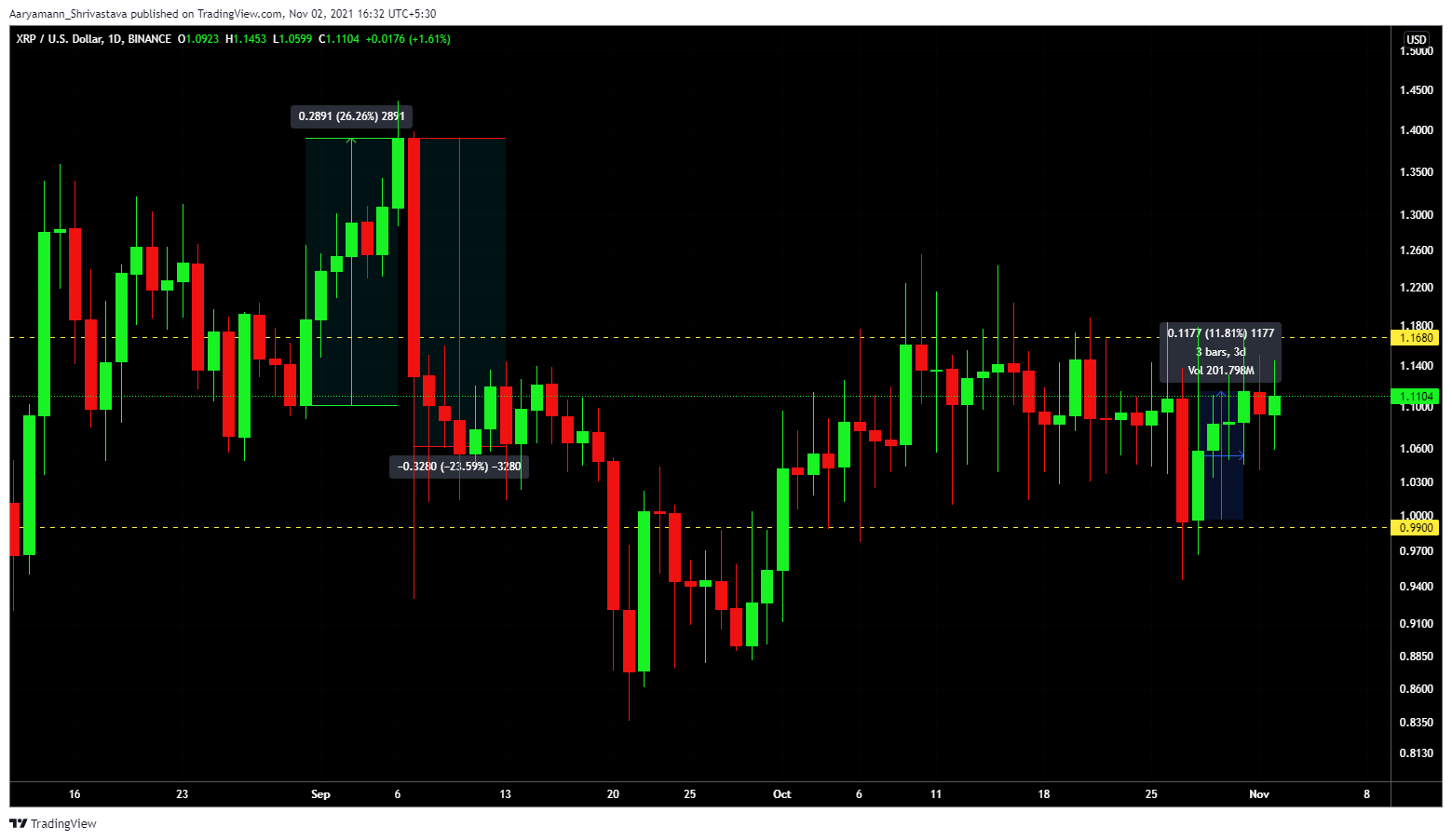 The last week has already been unusual, with long-term holders selling for the first time in October. This resulted in a total consumption of 323.7 billion days.

Furthermore, the drop in network growth that occurred the previous week had nearly recovered by the end of October.

However, because Polkadot recently flipped XRP, XRP may have to buck up for a while to take the #7 spot. If XRP does not rise quickly, this could happen again, possibly permanently.

More from: Elon Mark
1
The Ethereum A-Z, the NFT market, and the Tungsten ...
2
Weekly Technical Analysis for Bitcoin and Ethereum – November ...
3
Why Is Bitcoin Called the 'Honey Badger of Money'
4
Animoca's Blockchain Game Unit Raises $93 Million from SoftBank ...
Filed under xrp ,  ripple ,  crypto