This week, the Kardashians announced that “Keeping Up With the Kardashians,” the E! reality show that catapulted them all to superstardom, will finally come to an end after 14 years and 20 seasons, the last of which will air in 2021. Sources told Page Six that the family wanted to go out on a “high … 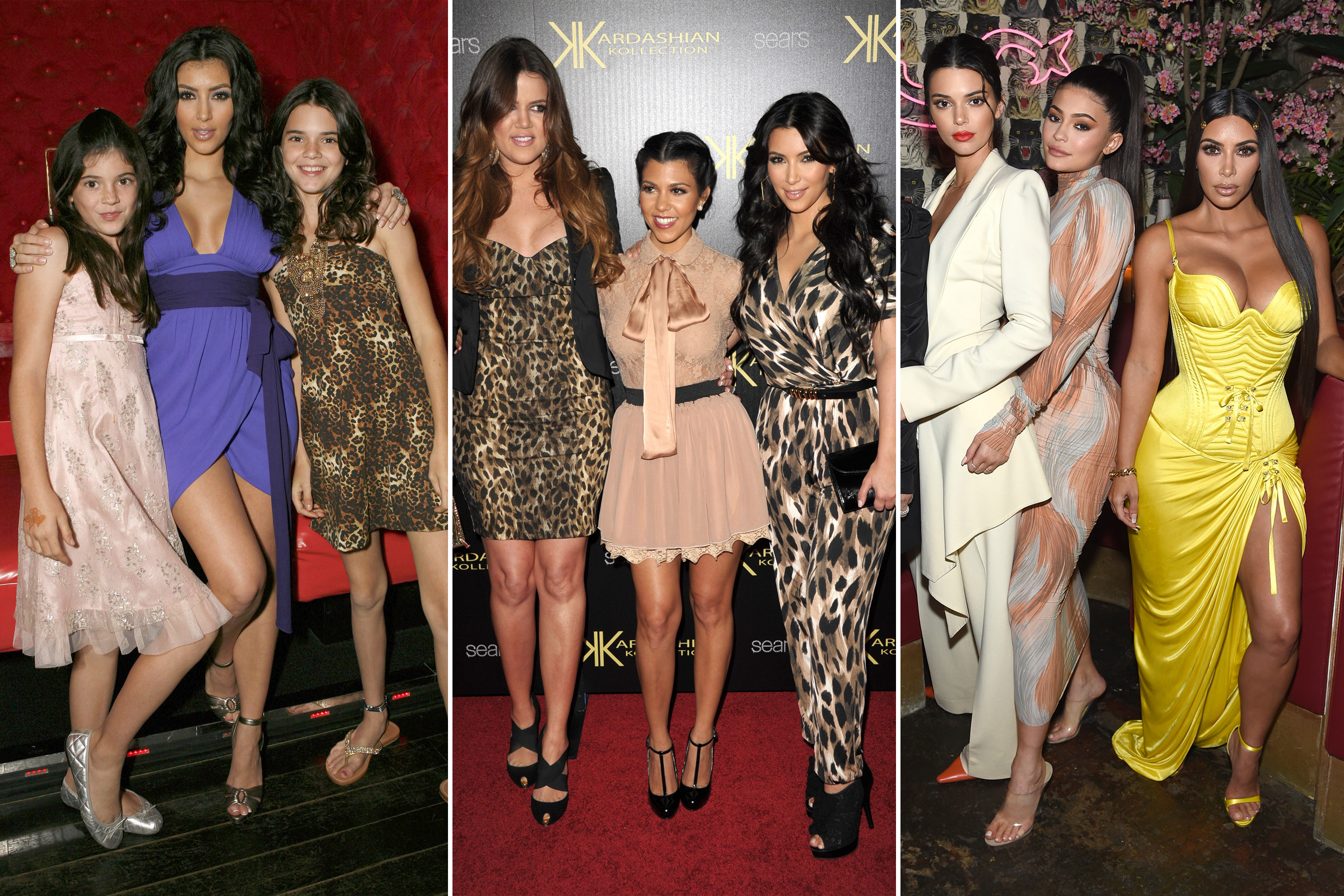 This week, the Kardashians announced that “Keeping Up With the Kardashians,” the E! reality show that catapulted them all to superstardom, will finally come to an end after 14 years and 20 seasons, the last of which will air in 2021. Sources told Page Six that the family wanted to go out on a “high note,” and that “it was a good time to end” the long-running program.

Since “KUWTK” premiered in 2007, viewers have watched Kim, Kourtney, Khloé, Kendall, Kylie and the rest of the extended Kardashian-Jenner crew grow up in the public eye — and become bona fide style icons in the process, with many of them launching successful fashion and beauty ventures of their very own.

Ahead, we’re taking a look back at the style evolution of the most famous family in America, from the body-con and bubble skirts they rocked back in the aughts to the sleek and chic designer duds they’re known for today. 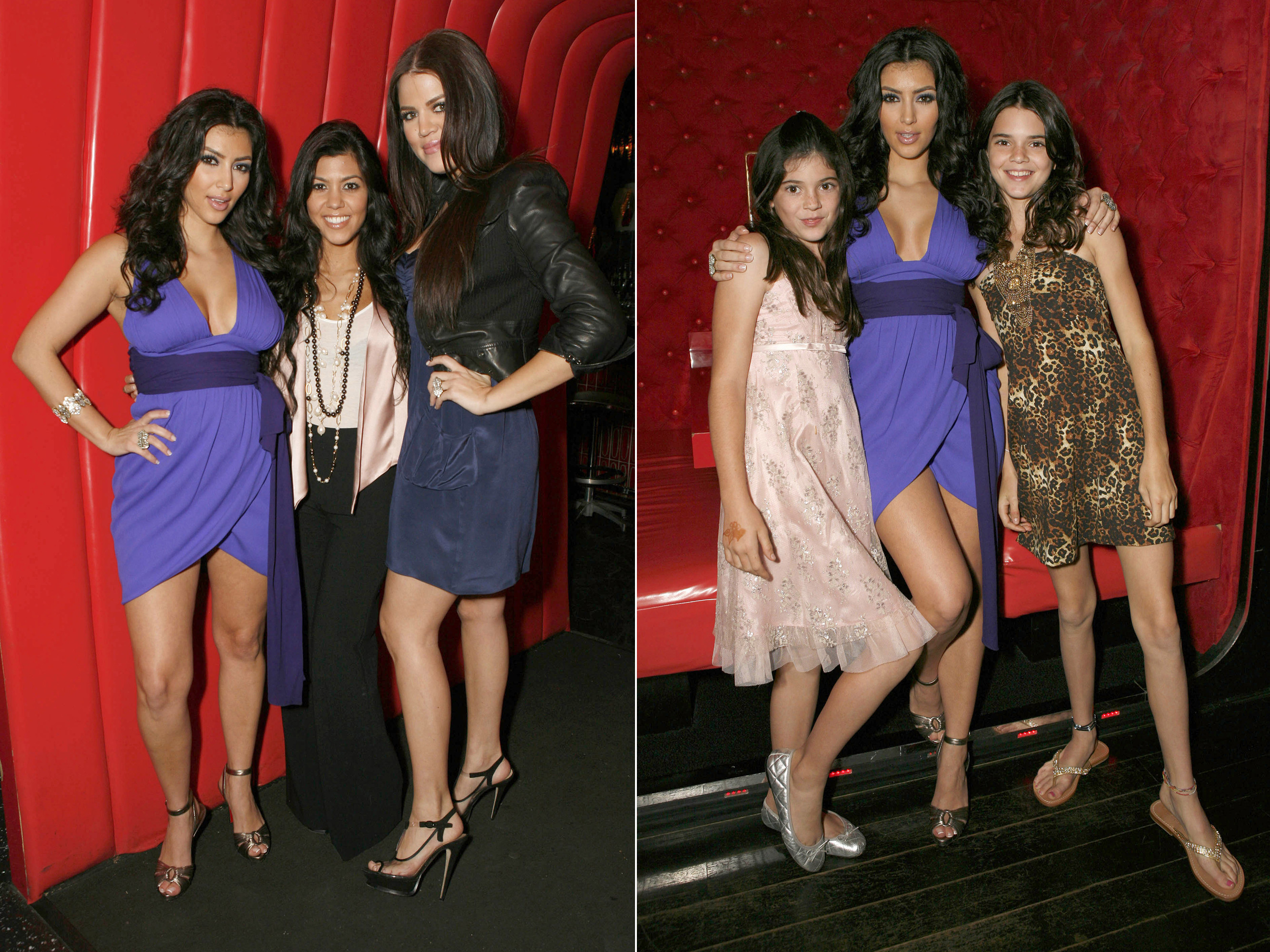 At the 2007 premiere of “Keeping Up With the Kardashians,” series standout Kim was the center of attention in a plunging purple party dress, while sisters Kourtney and Khloé chose more muted neutral looks. Little Kendall was 11 at the time, and Kylie was only 10 — but the girls’ interest in fashion was already well apparent. 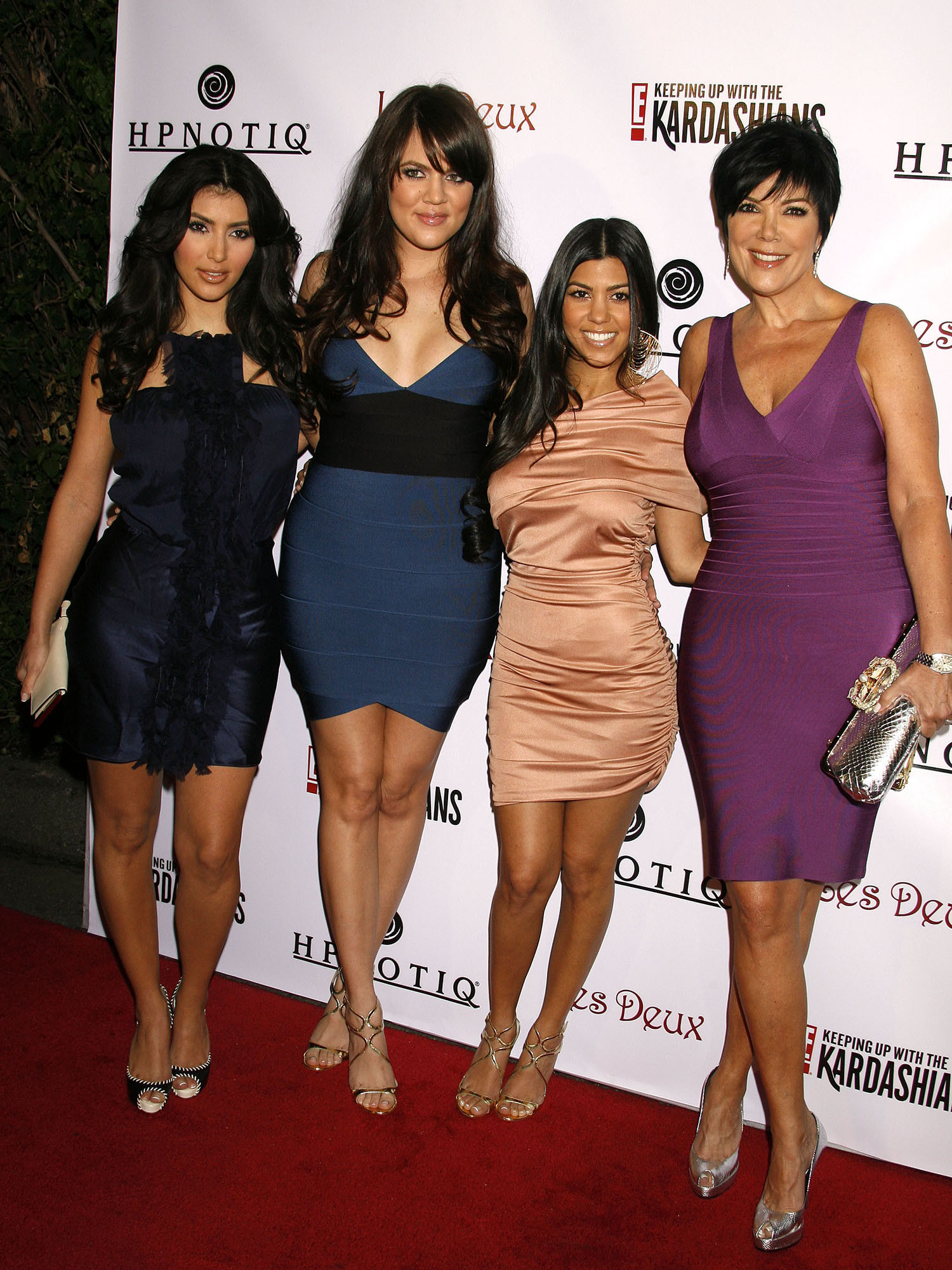 By 2008, it was all body-con, all the time for the family of rising stars. 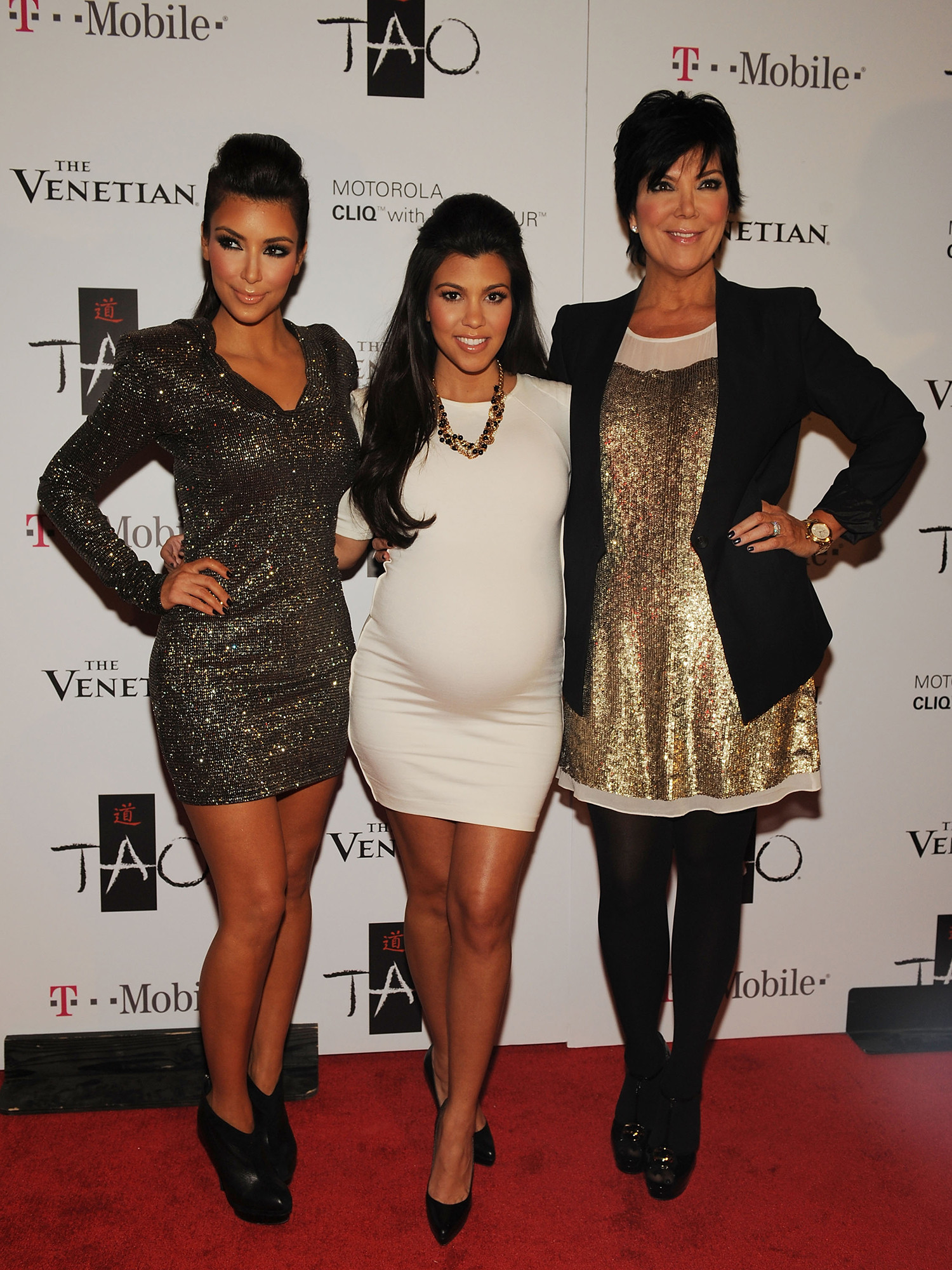 The year 2009 brought a serious onslaught of sparkle and shine to the Kardashians’ closets, along with a questionable preference for pompadours. 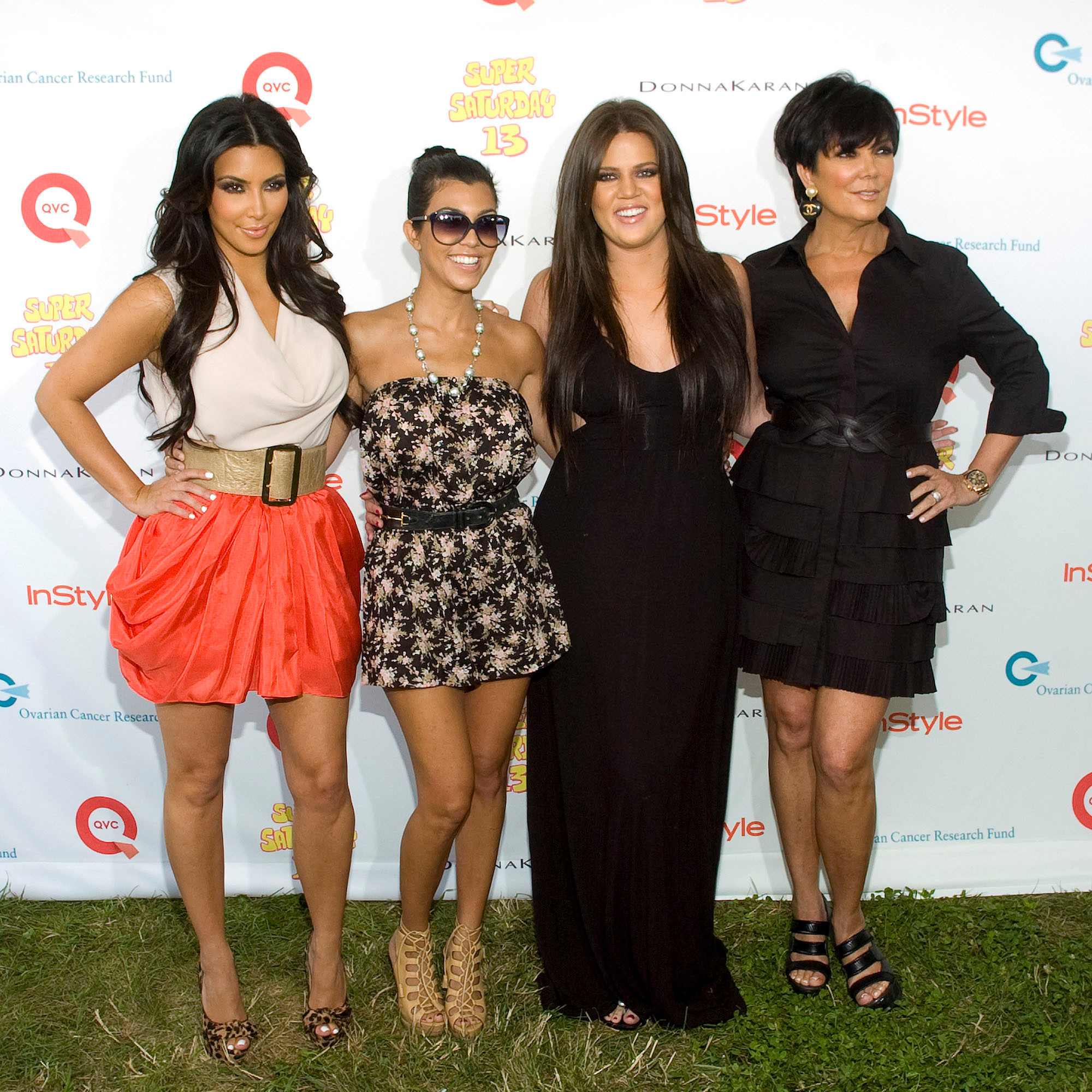 In 2010, bubble skirts, ruffles and wide belts dominated their wardrobes. 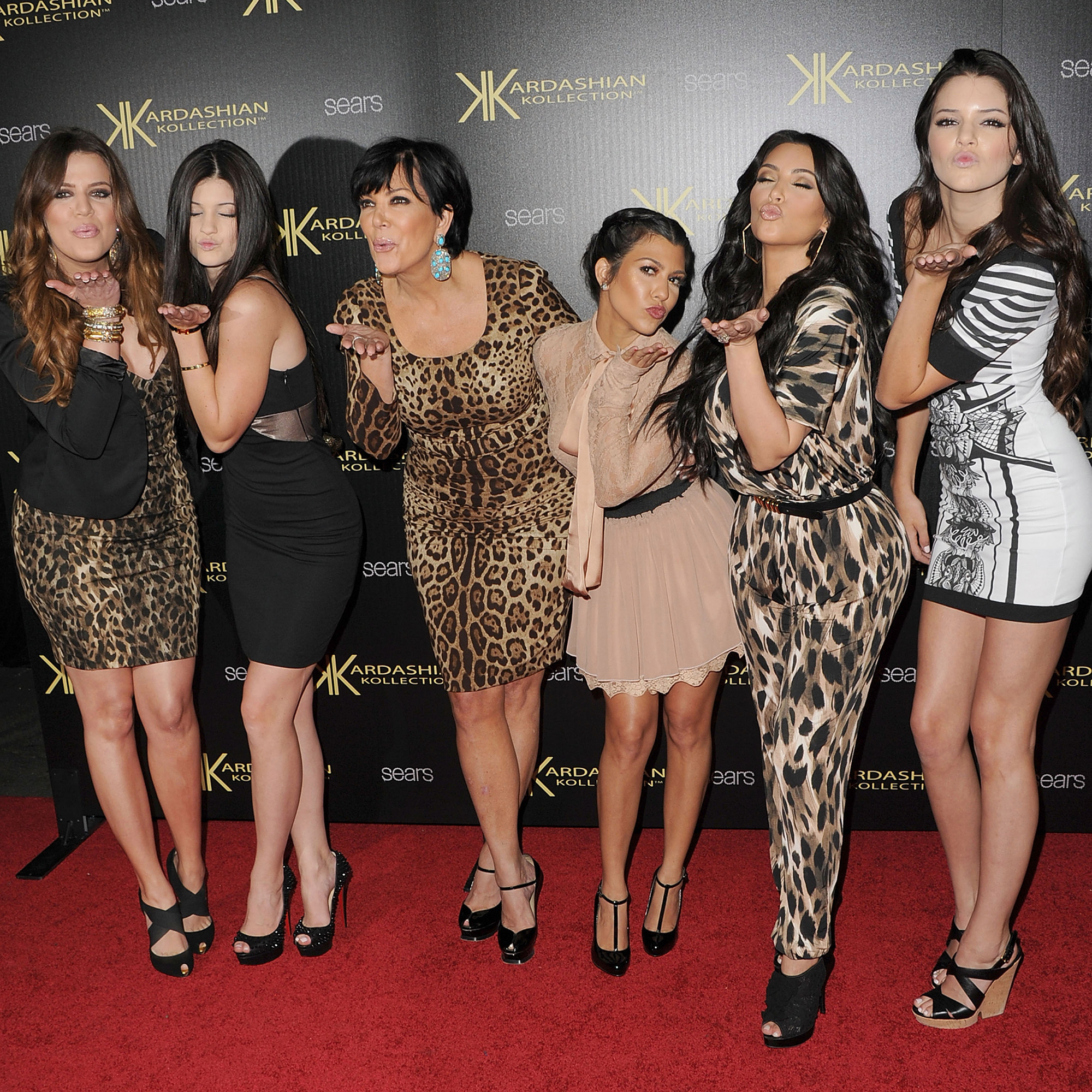 To celebrate the launch of their Kardashian Kollection at Sears in 2011, (almost) the whole gang took a walk on the wild side in matching leopard prints. 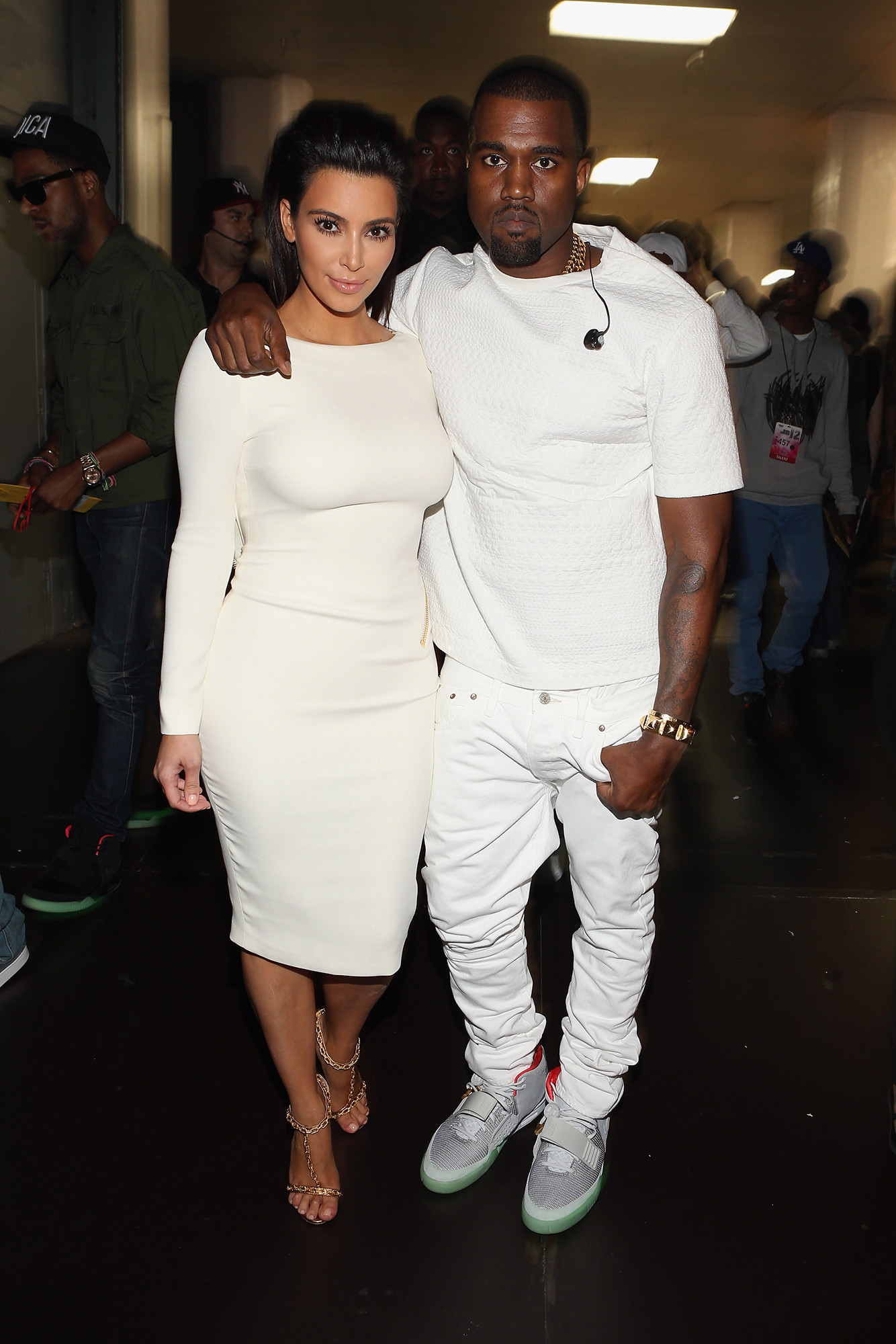 Kim Kardashian and Kanye West began dating in 2012, and it wasn’t long before the rapper overhauled his lady love’s wardrobe (for E!’s cameras, no less). The curve-hugging yet minimalist white dress she wore to that year’s BET Awards — which perfectly matched Kanye’s outfit, of course — marked the start of a new style era for the star. 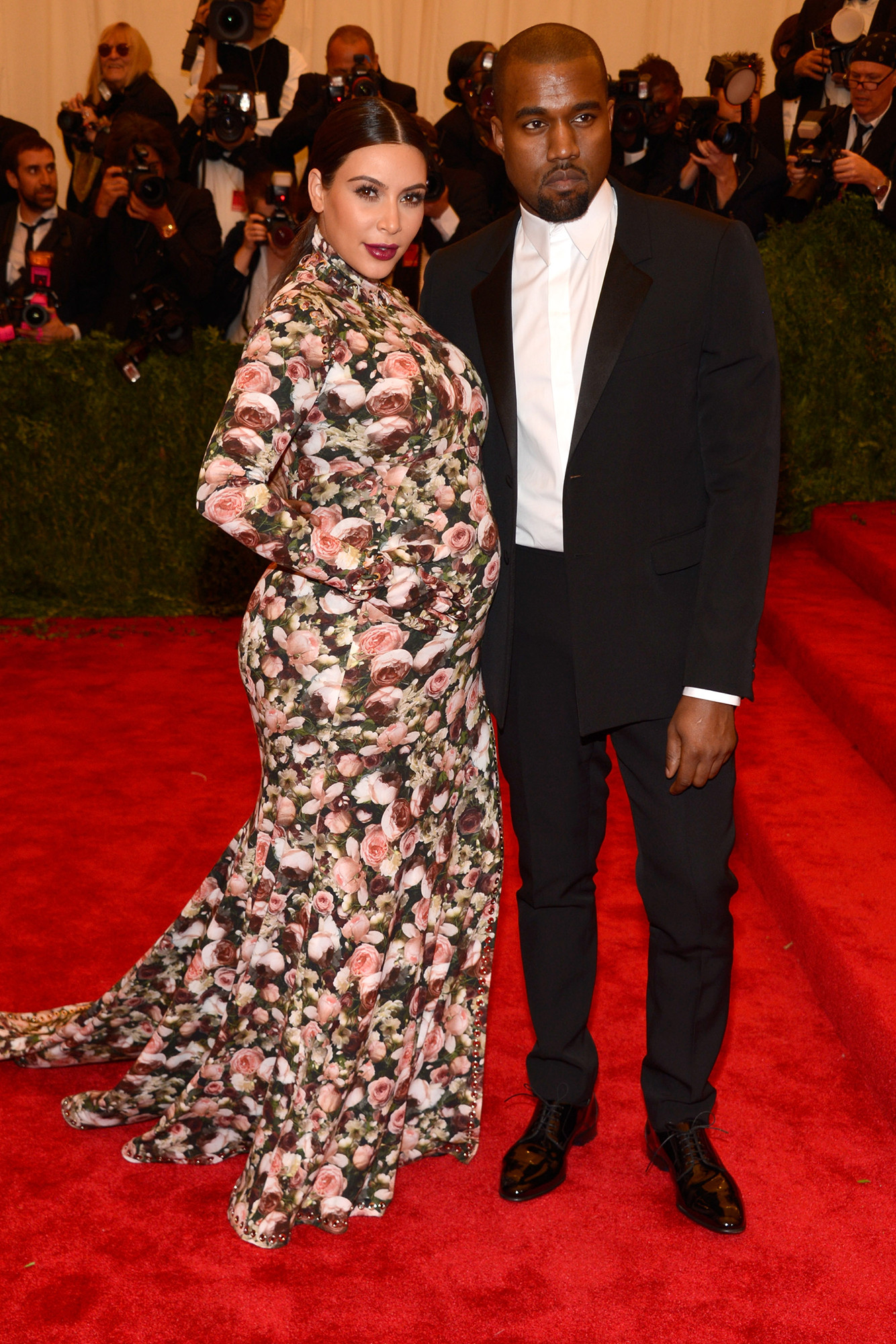 By 2013, Kim’s new look had snagged her admission to the most exclusive fashion event of the year: the Met Gala, which she attended in a custom floral Givenchy gown with matching gloves that sparked countless memes and made the most of the pregnant star’s baby bump. 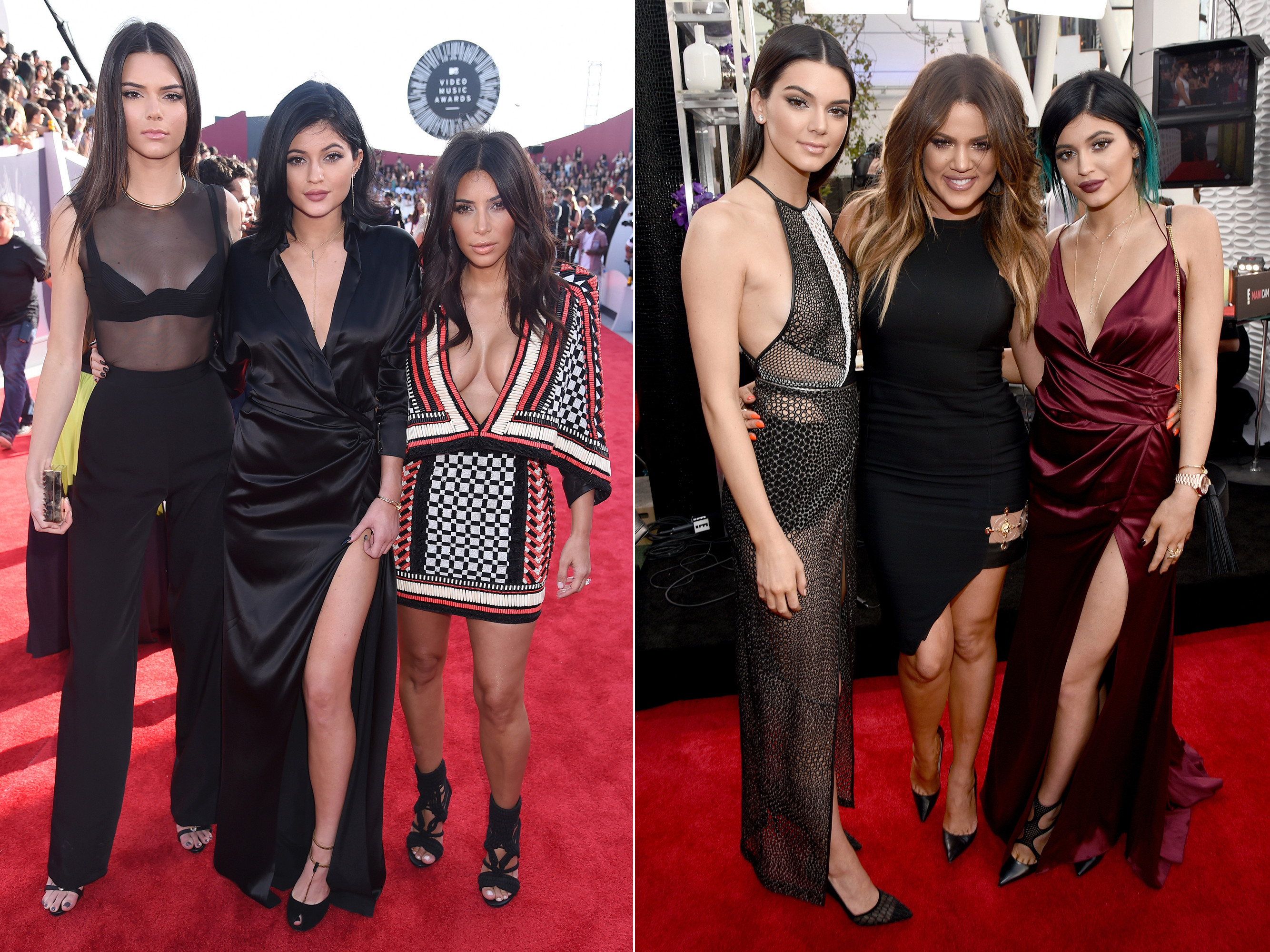 By 2014, Kendall and Kim were teen style superstars in their own right, and became red carpet fixtures with the wardrobes to match. They matched in black alongside a Balmain-clad Kim at the VMAs (L) and attended the AMAs with Khloé (R) in slit-up-to-there gowns. 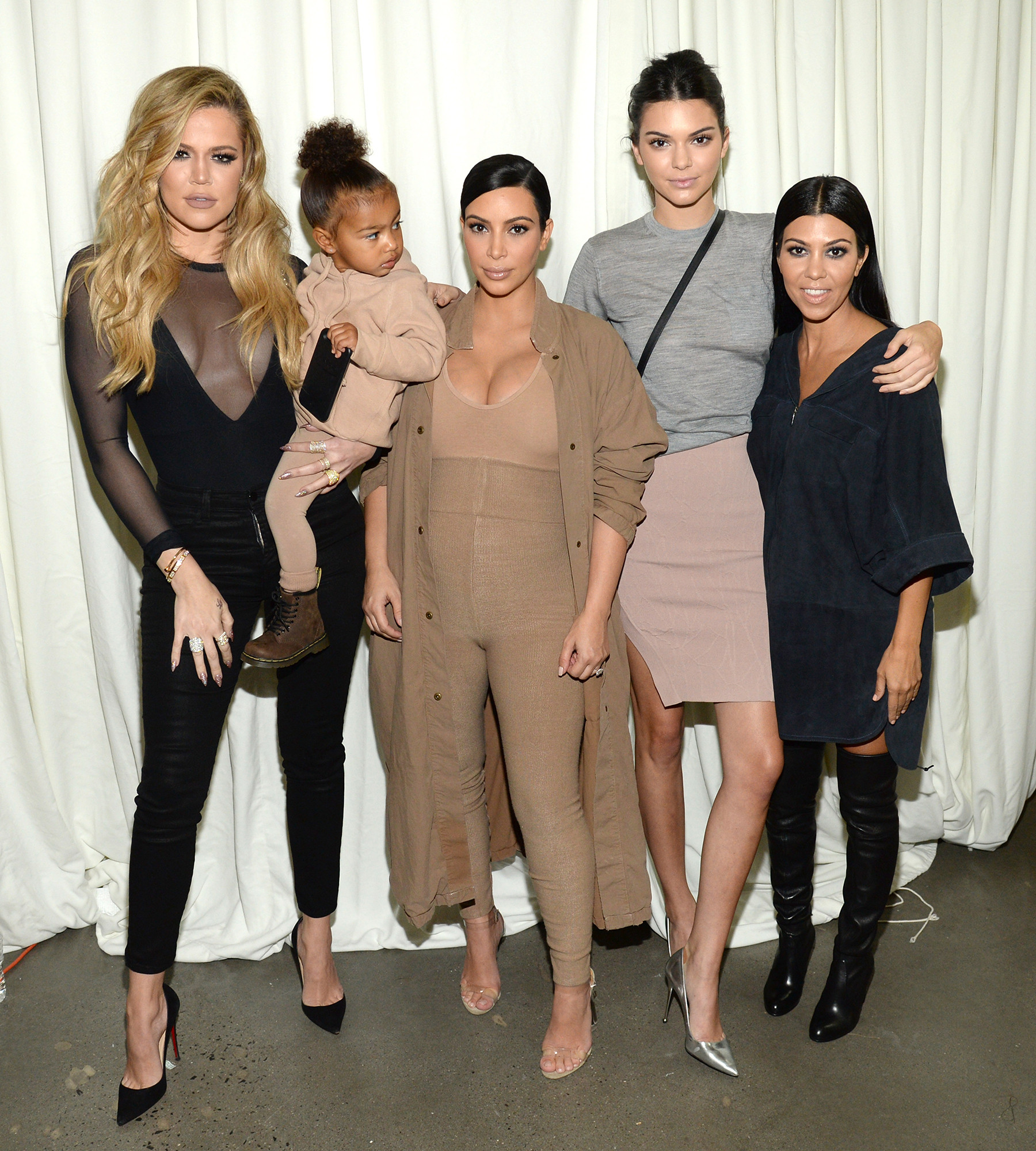 In 2015, Kanye launched his Yeezy brand, built around earthy neutral colors and skintight silhouettes that would soon inform all of the Kardashians’ closets. 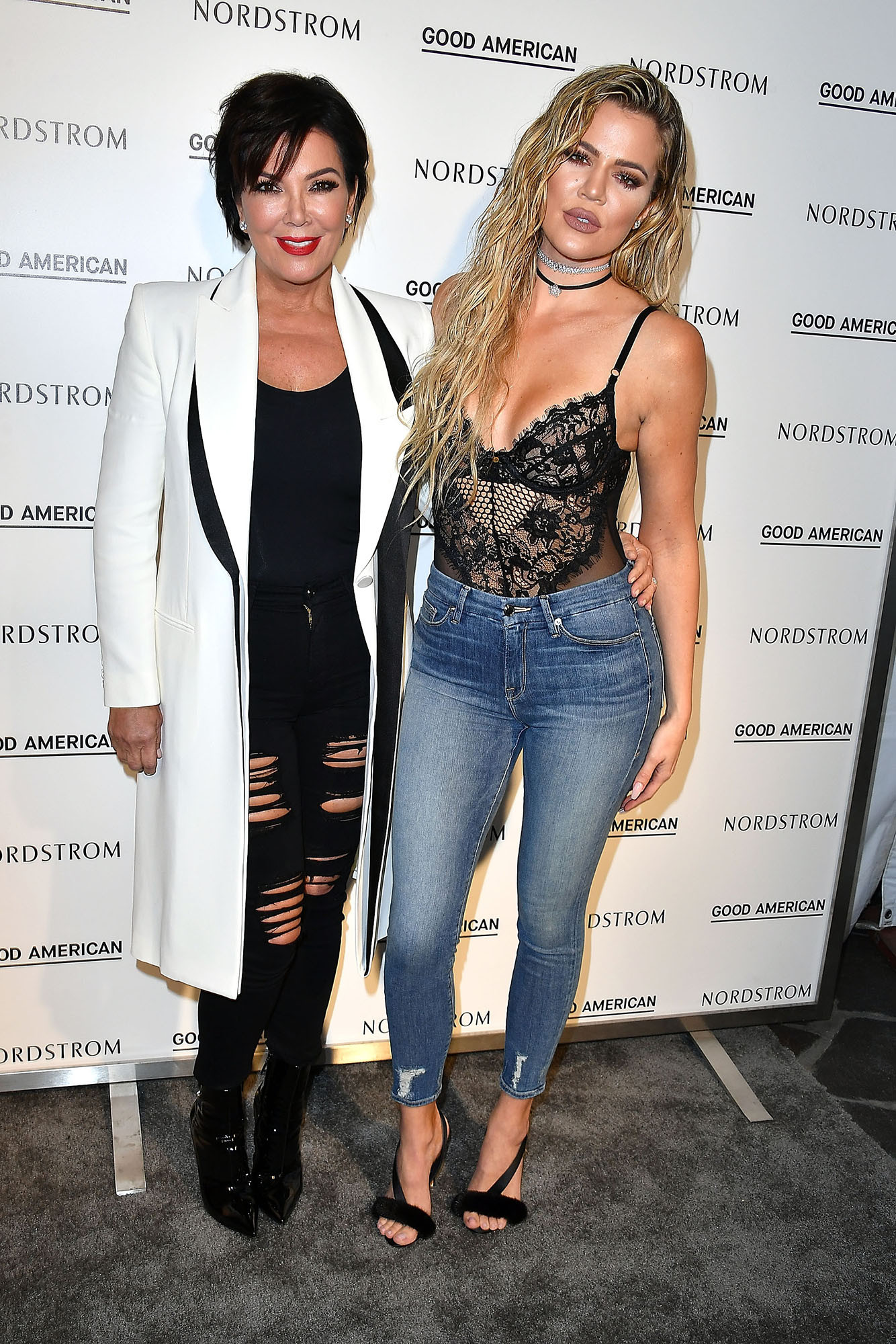 With her “revenge body” era in full swing following her split from Lamar Odom, Khloé started her own fashion brand, Good American, in 2016. The line launched with denim, but would eventually expand to offer activewear, bodysuits, swim and more. 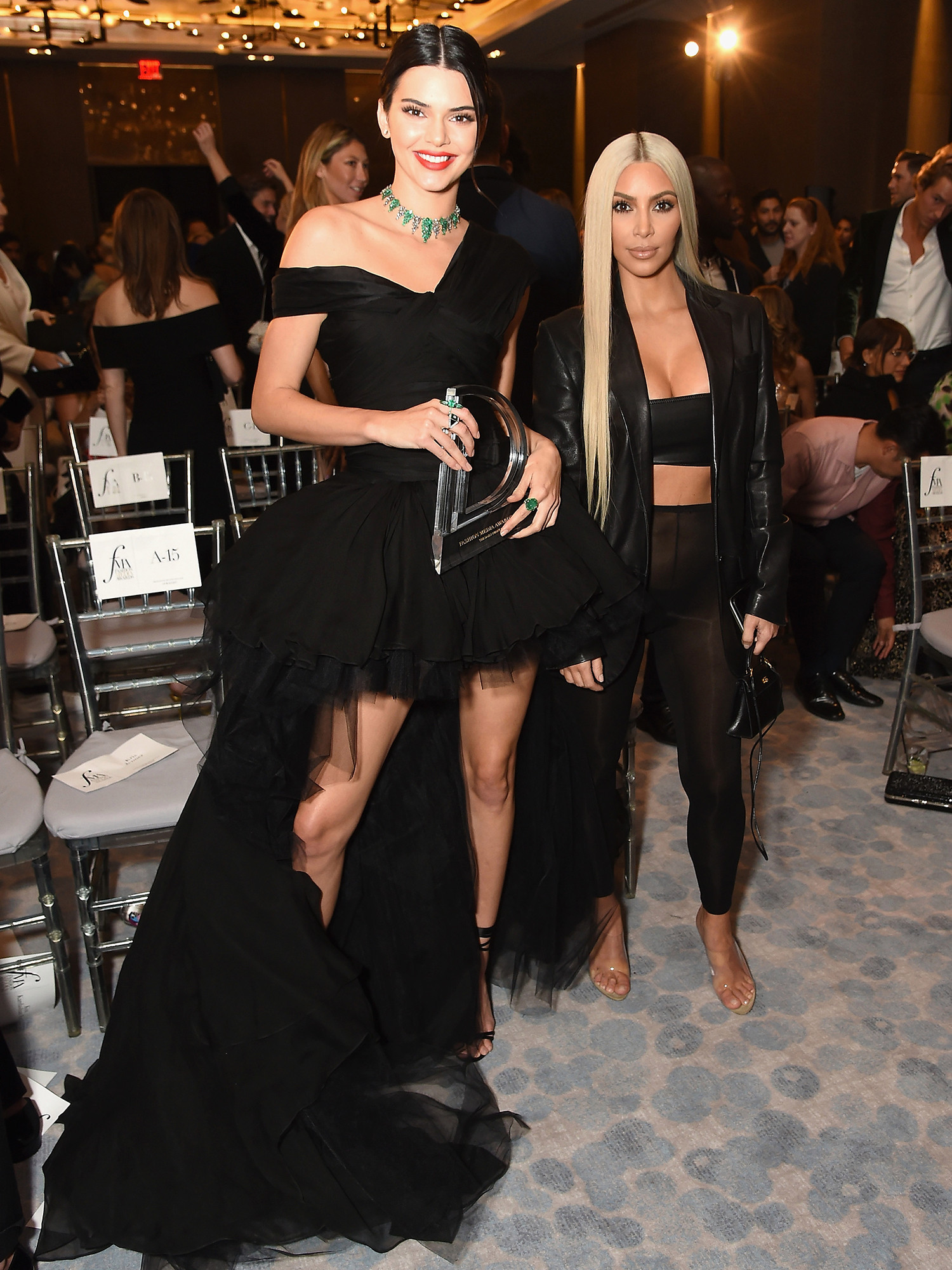 By 2017, Kendall had become a top model, having walked runways for Marc Jacobs, Chanel, Dior, Versace and Victoria’s Secret, to name but a few. At that year’s Daily Front Row Fashion Media Awards, she was bestowed with the Fashion Icon of the Decade award — a choice that raised plenty of eyebrows in the industry. 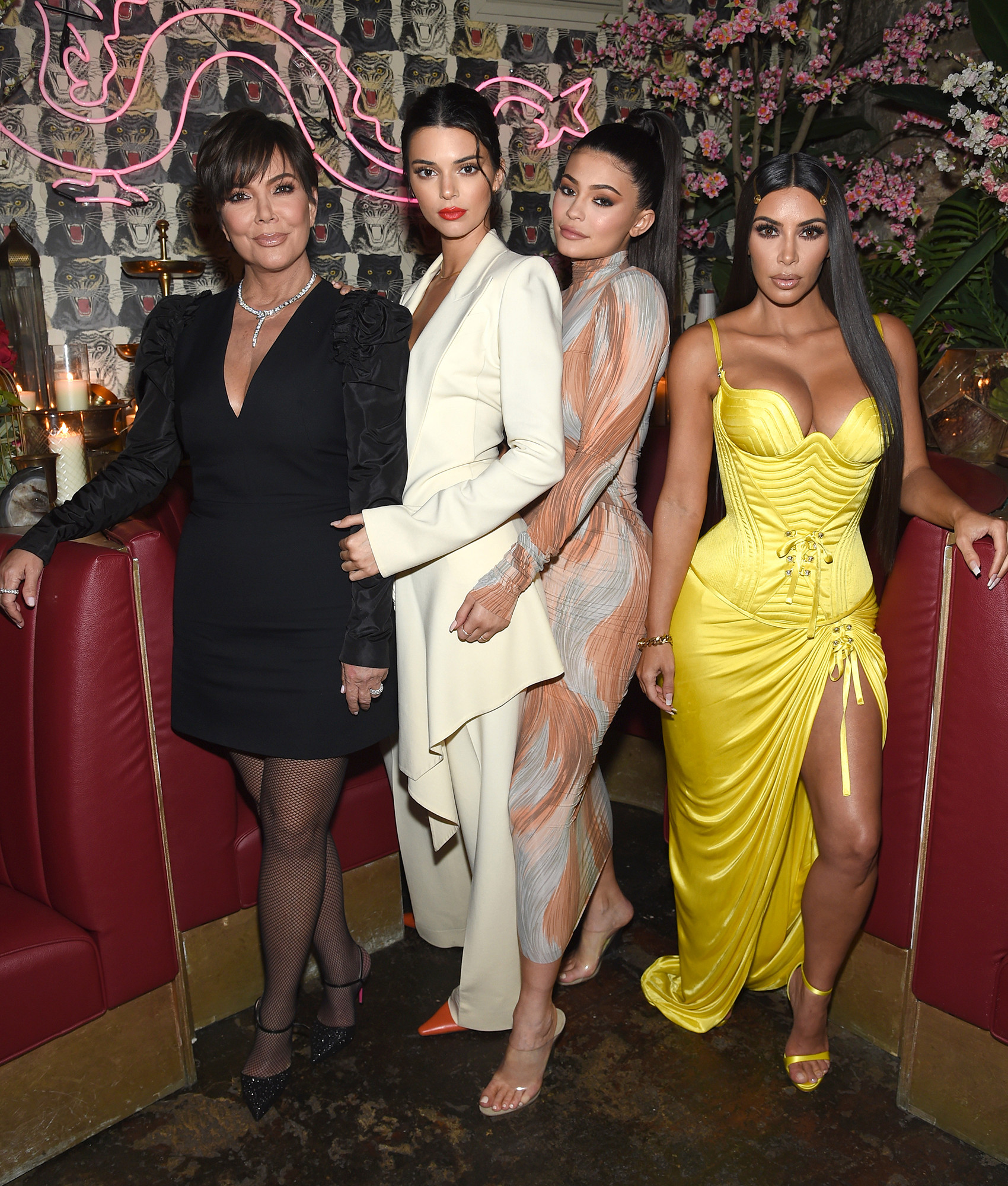 In 2018, most of the Kardashian-Jenner women were certified fashion and beauty moguls, with both Kylie and Kim running makeup brands and Kendall getting “super selective” about her modeling jobs. The trio celebrated with mom Kris at Business of Fashion’s “Age of Influence” party, with Kim in Versace and Kylie in Celine.

Getty Images for The Business of Fashion 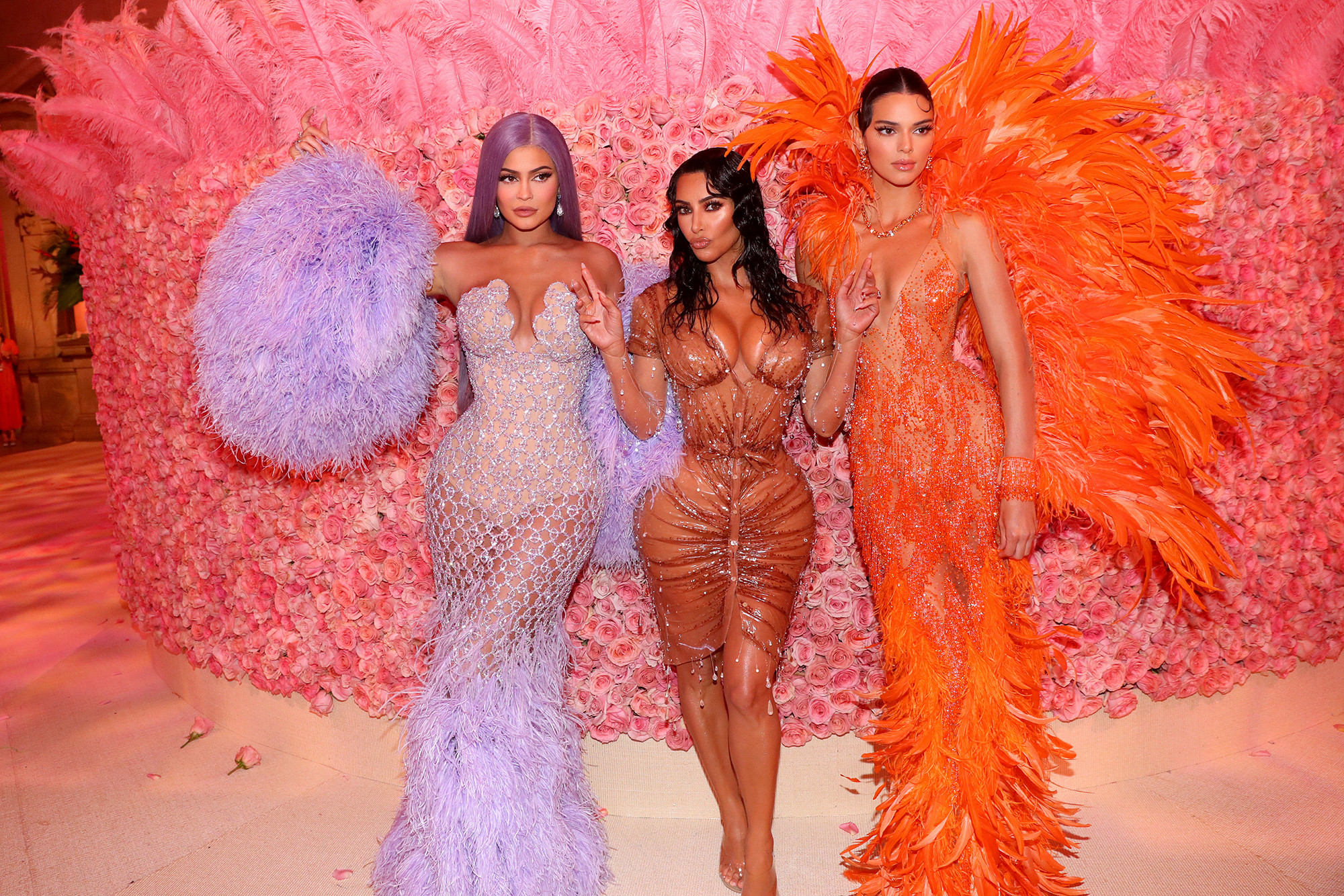 At the 2019 Met Gala, Kim Kardashian dominated headlines in a “dripping wet” Thierry Mugler dress and waist-whittling corset, while Kylie and Kendall coordinated in colorful feathered Versace looks that fit the campy theme to a tee.

Getty Images for The Met Museum/ 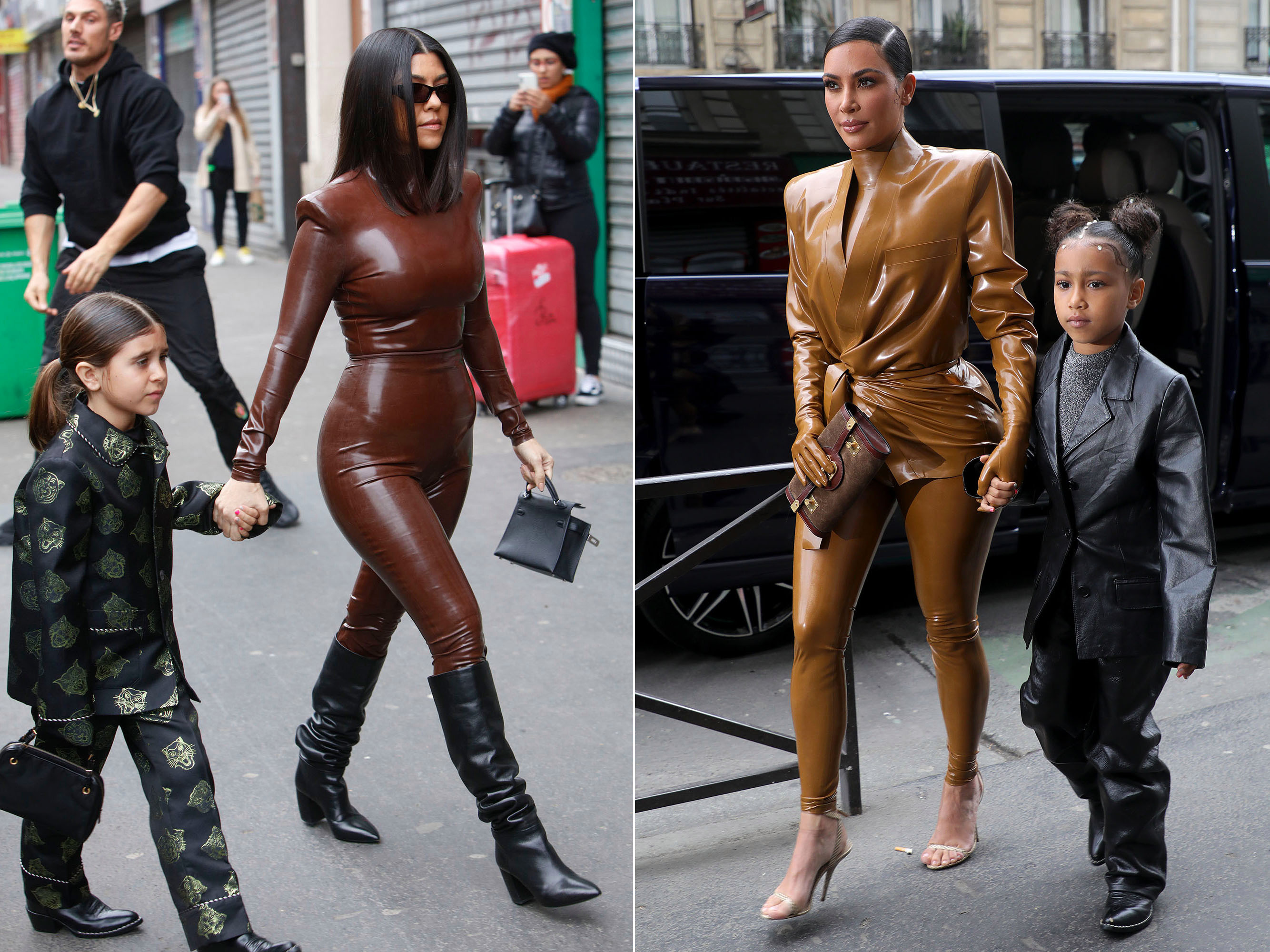 Now that “Keeping Up” is preparing to go off the air, time will tell if the next generation of Kardashians — like Kim and Kanye’s daughter North West and Kourtney and Scott Disick’s daughter Penelope, both budding style superstars — will someday take their fashionable adventures to the small screen, too.