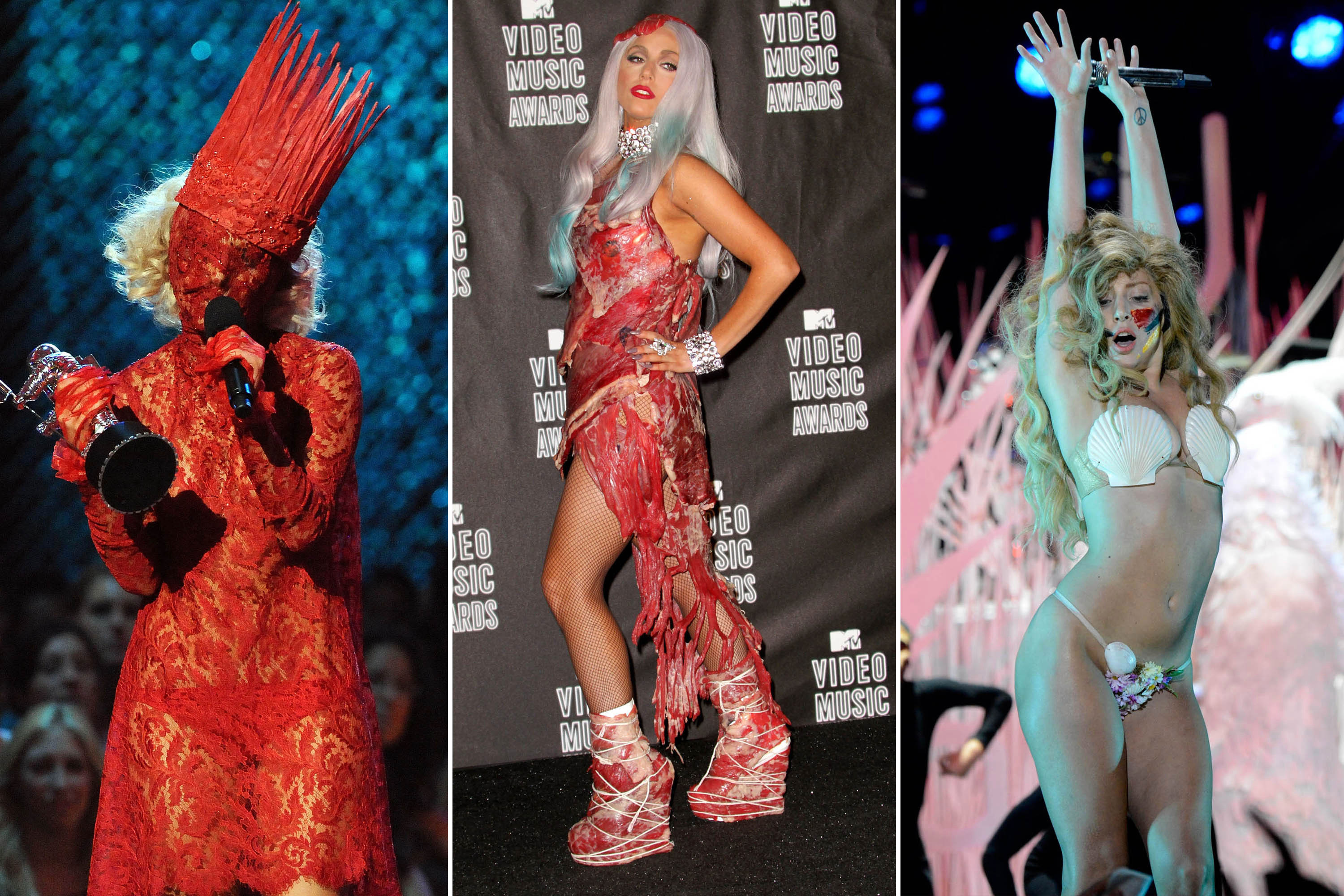 Lady Gaga leads the 2020 VMAs nominations with nine nods, a number only matched by her “Rain On Me” collaborator Ariana Grande. The pair will team up for a performance of their hit song during the show on August 30 — and are guaranteed to serve up some major style moments as well.

Since making her VMAs debut back in 2009, Mother Monster has graced us with a series of unforgettable red carpet and on-stage fashions, from 2010’s infamous meat dress to 2013’s skin-baring seashell bikini. Here, take a look back at her wildest and most iconic VMAs outfits over the years. 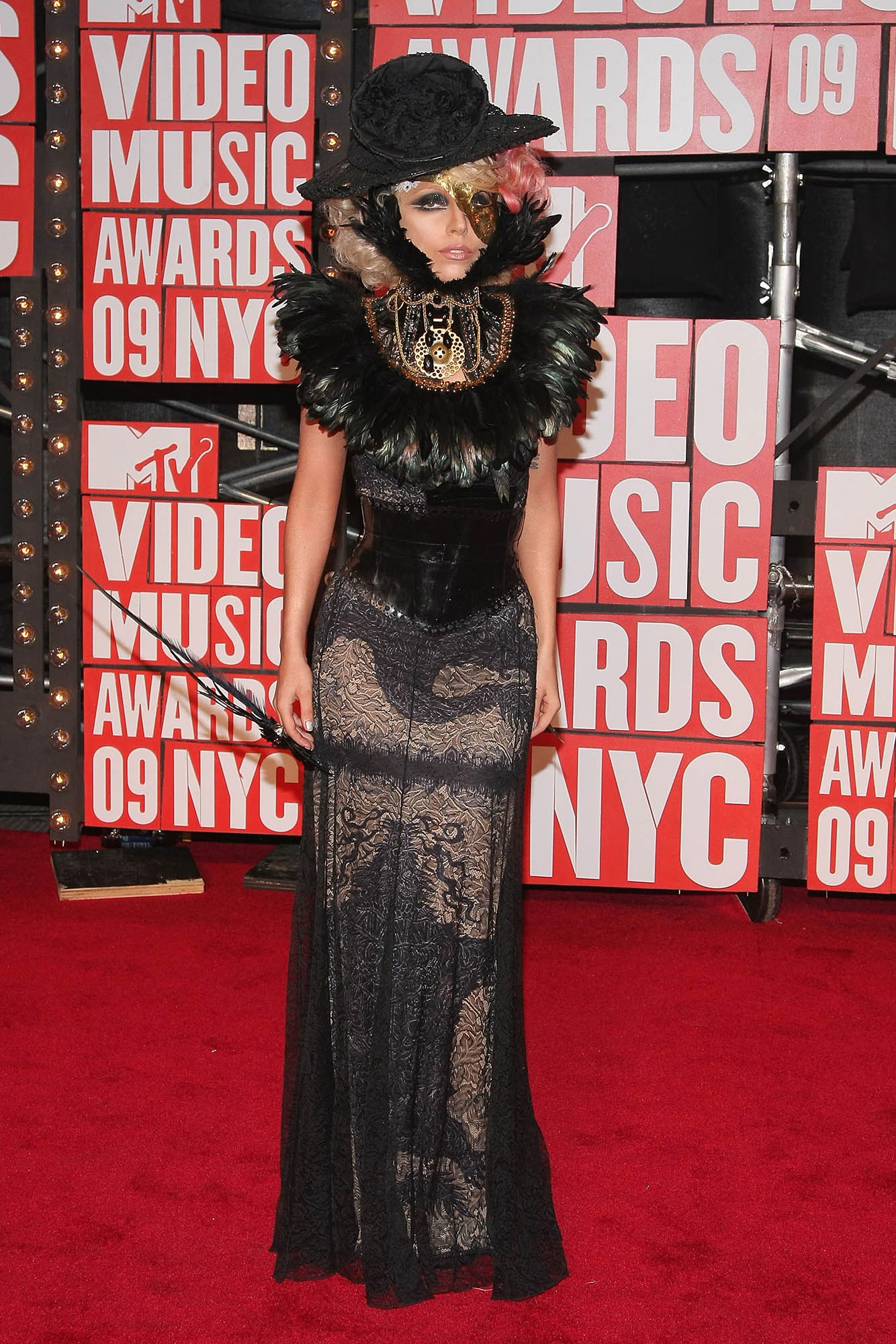 Gaga graced the VMAs red carpet for the very first time in 2009 — one year after the release of her debut album, “The Fame” — wearing a black lace Jean Paul Gaultier gown paired with a feathered Keko Hainswheeler neckpiece and “Phantom Of the Opera”-esque gold mask. 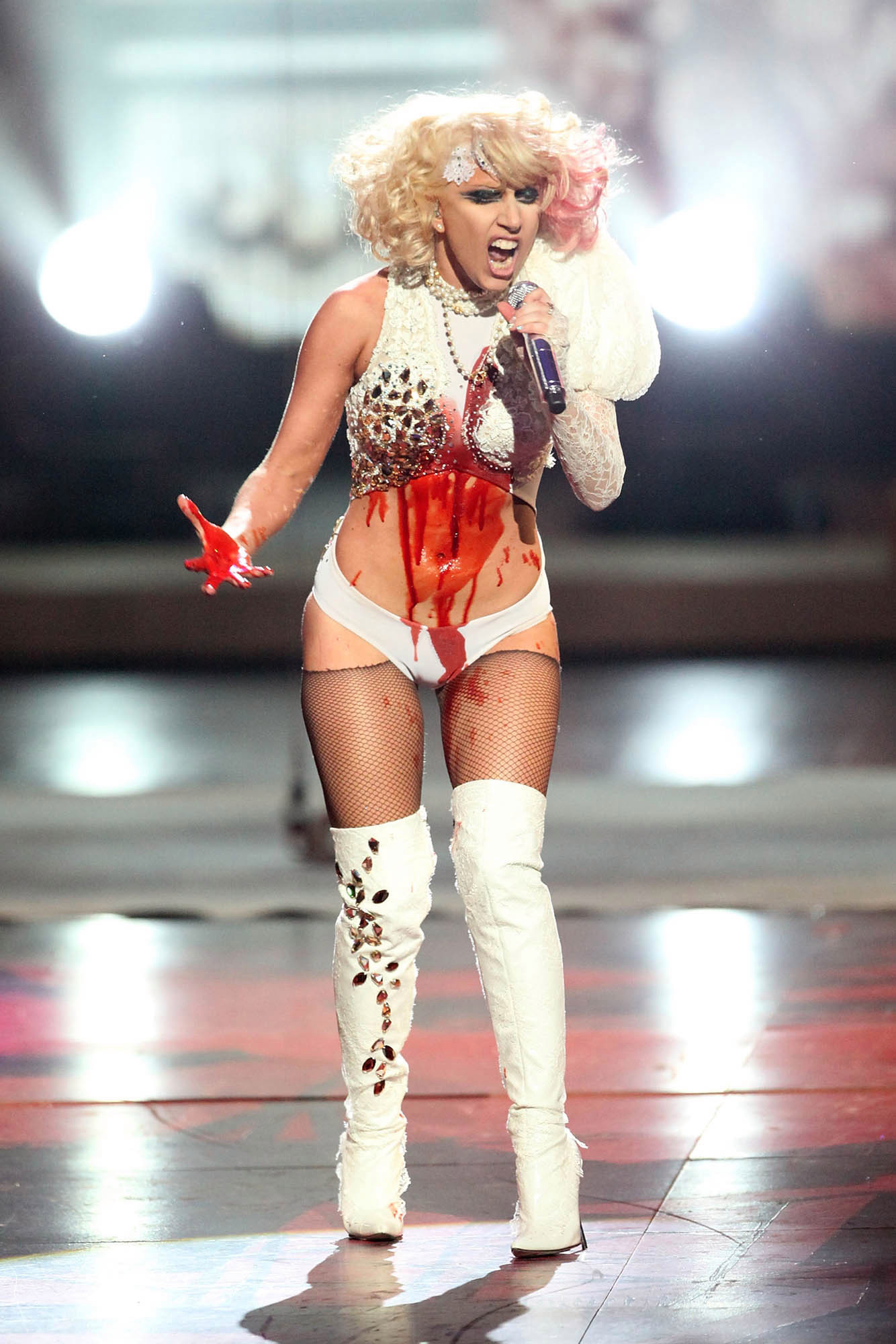 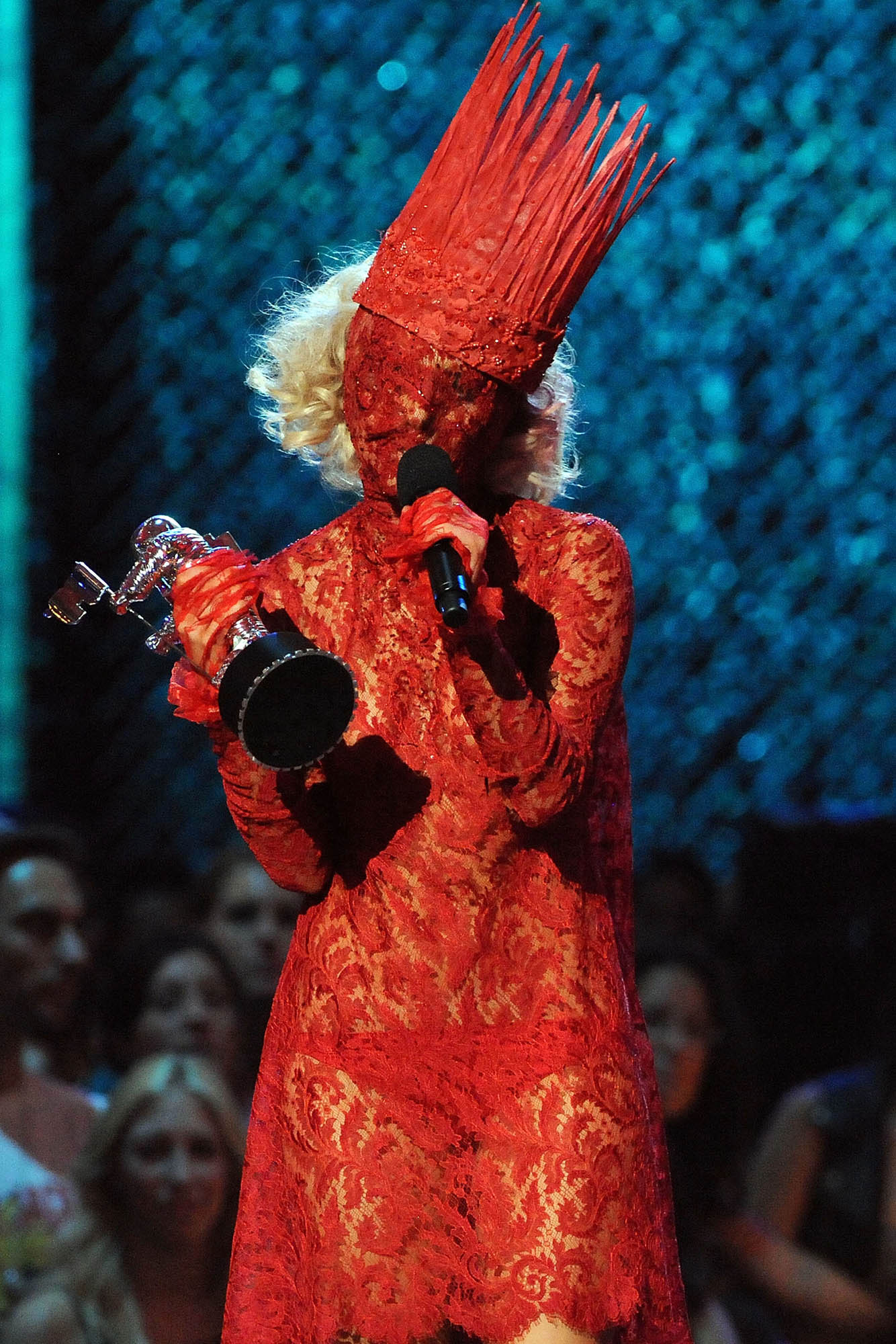 But it was the red lace archival Alexander McQueen dress and matching crowned mask she wore to accept her Best New Artist award that really turned heads. 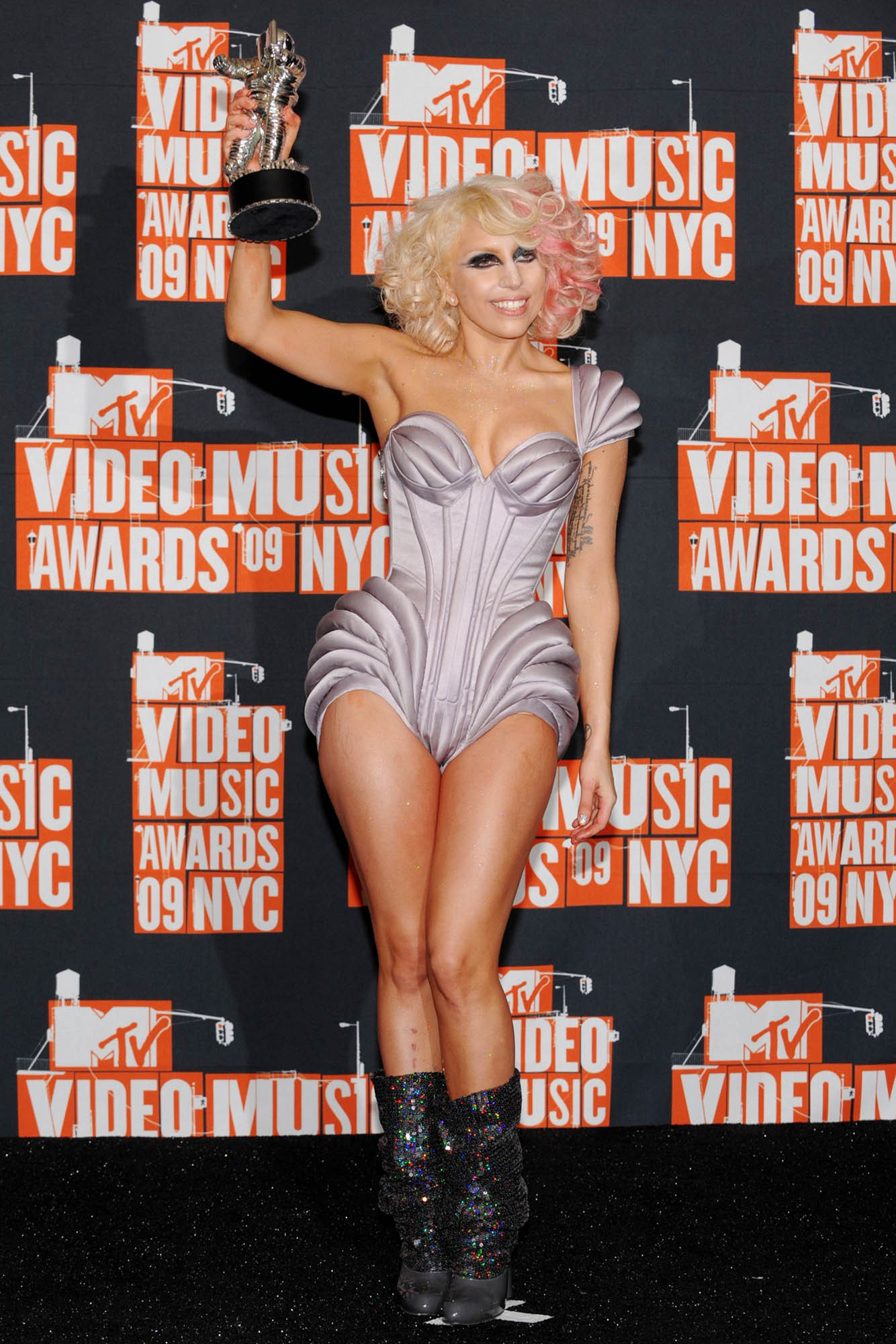 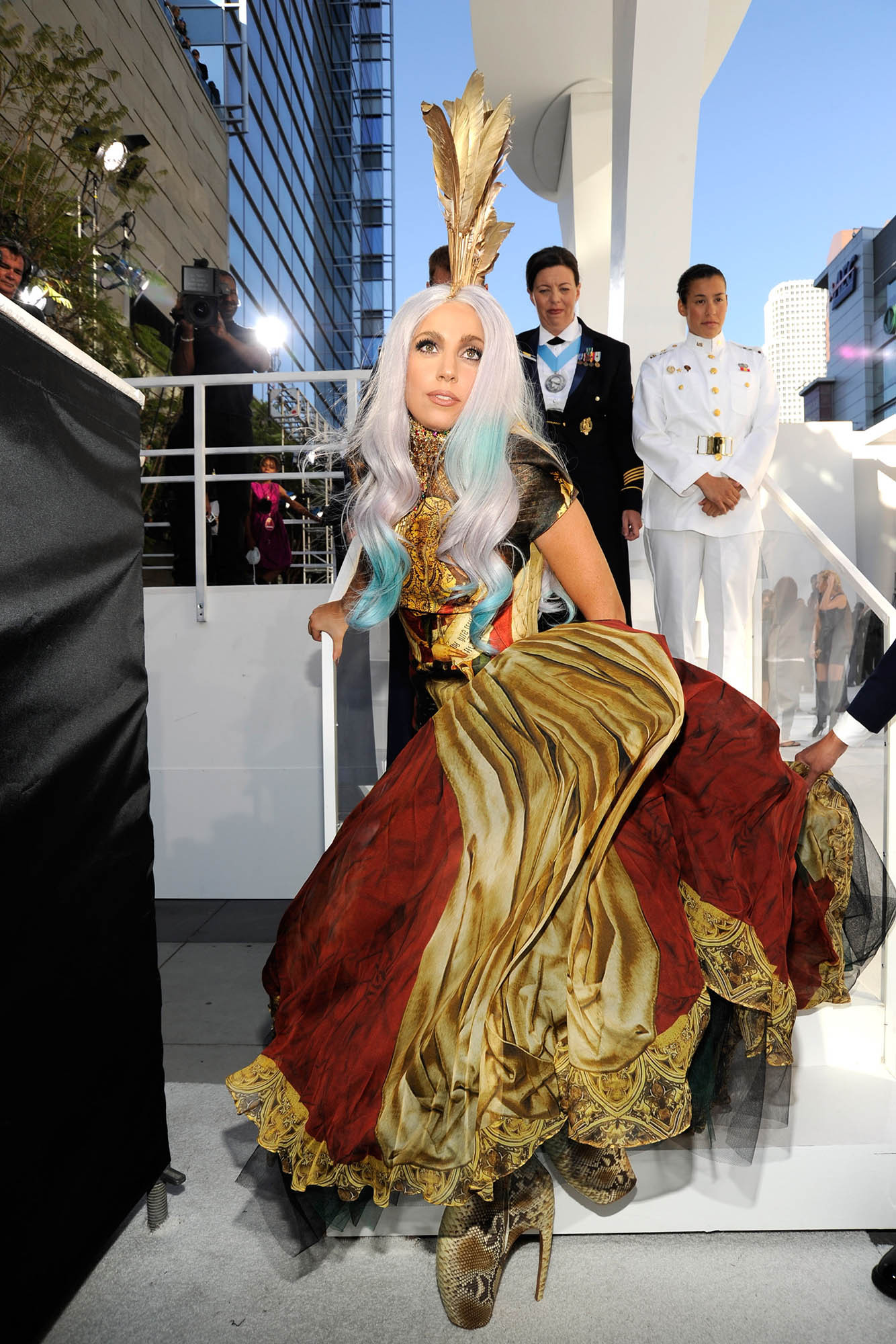 2010 was a big year for Gaga at the VMAs; she was up for a whopping 13 awards, and arrived on the red carpet looking like royalty in a voluminous Alexander McQueen gown, along with the designer’s towering “Armadillo” boots and a gold feathered Philip Treacy headdress. 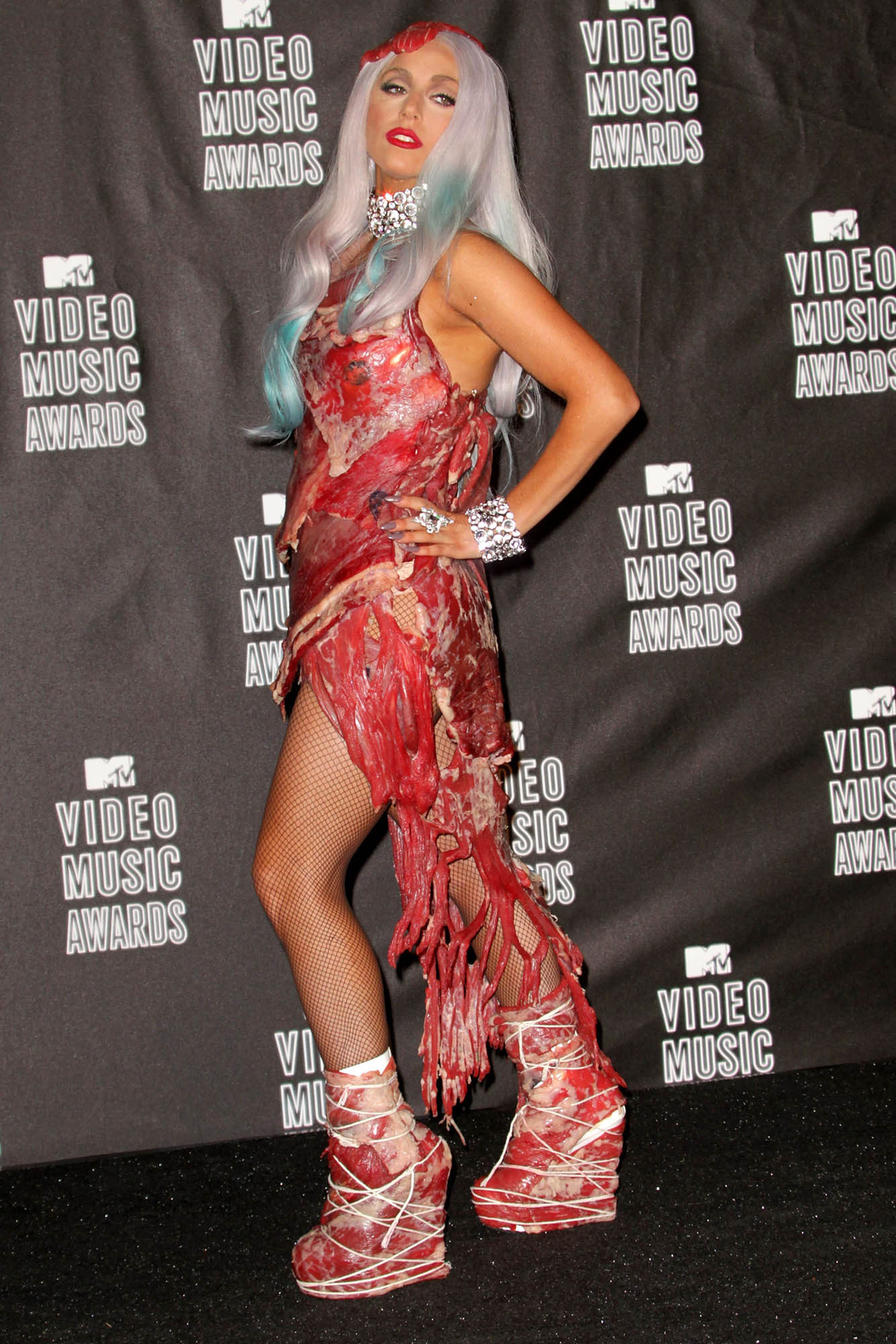 She accepted her Video of the Year award wearing a meat dress designed by Franc Fernandez that instantly went viral. Intended as a protest of the military’s “Don’t Ask, Don’t Tell” policy, the beefy creation’s since been displayed at the Rock and Roll Hall of Fame in Cleveland — after being preserved, of course. 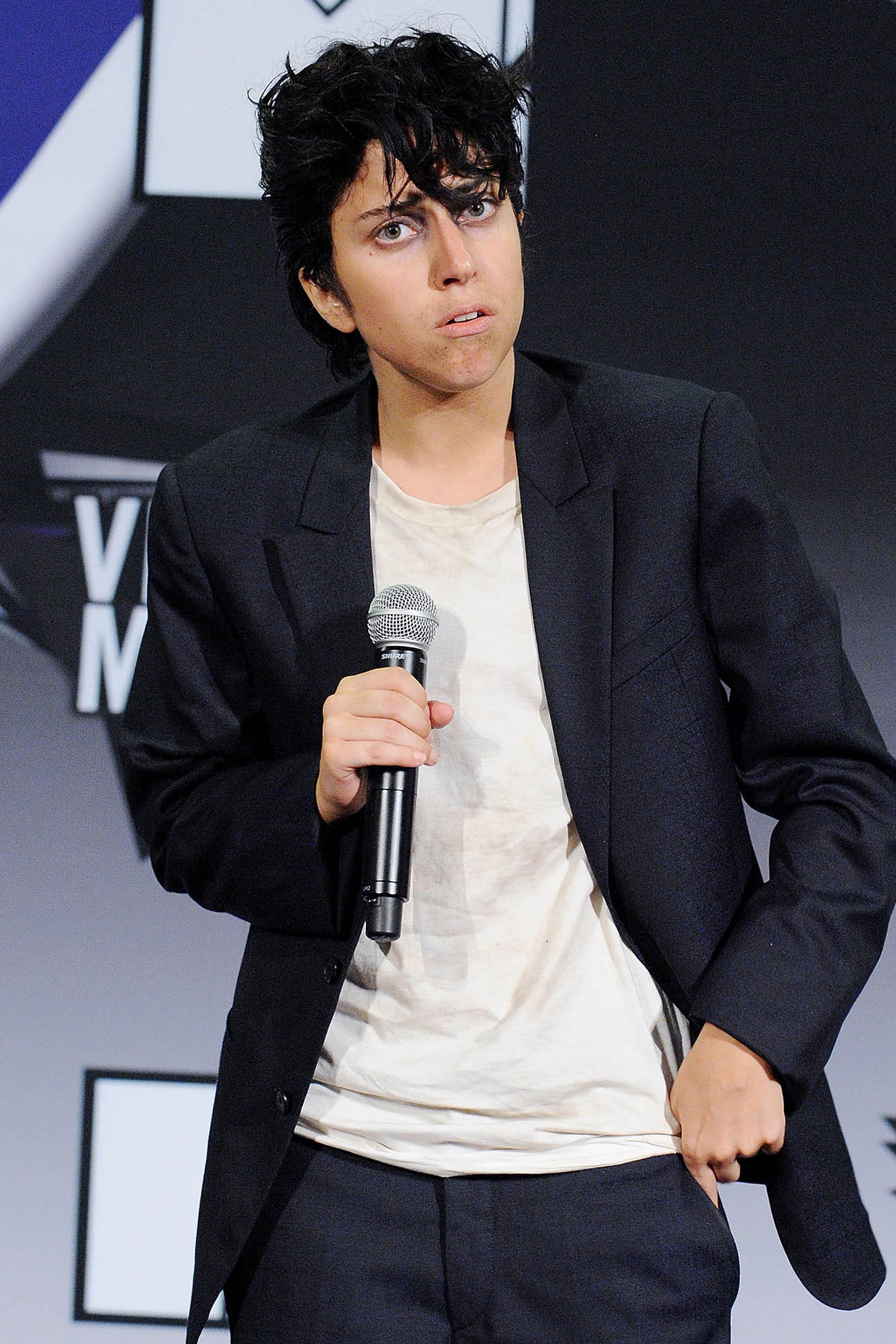 Meet Jo Calderone. In 2011, Gaga showed up and performed at the show in drag as her male alter ego, complete with sharp suiting and facial hair. 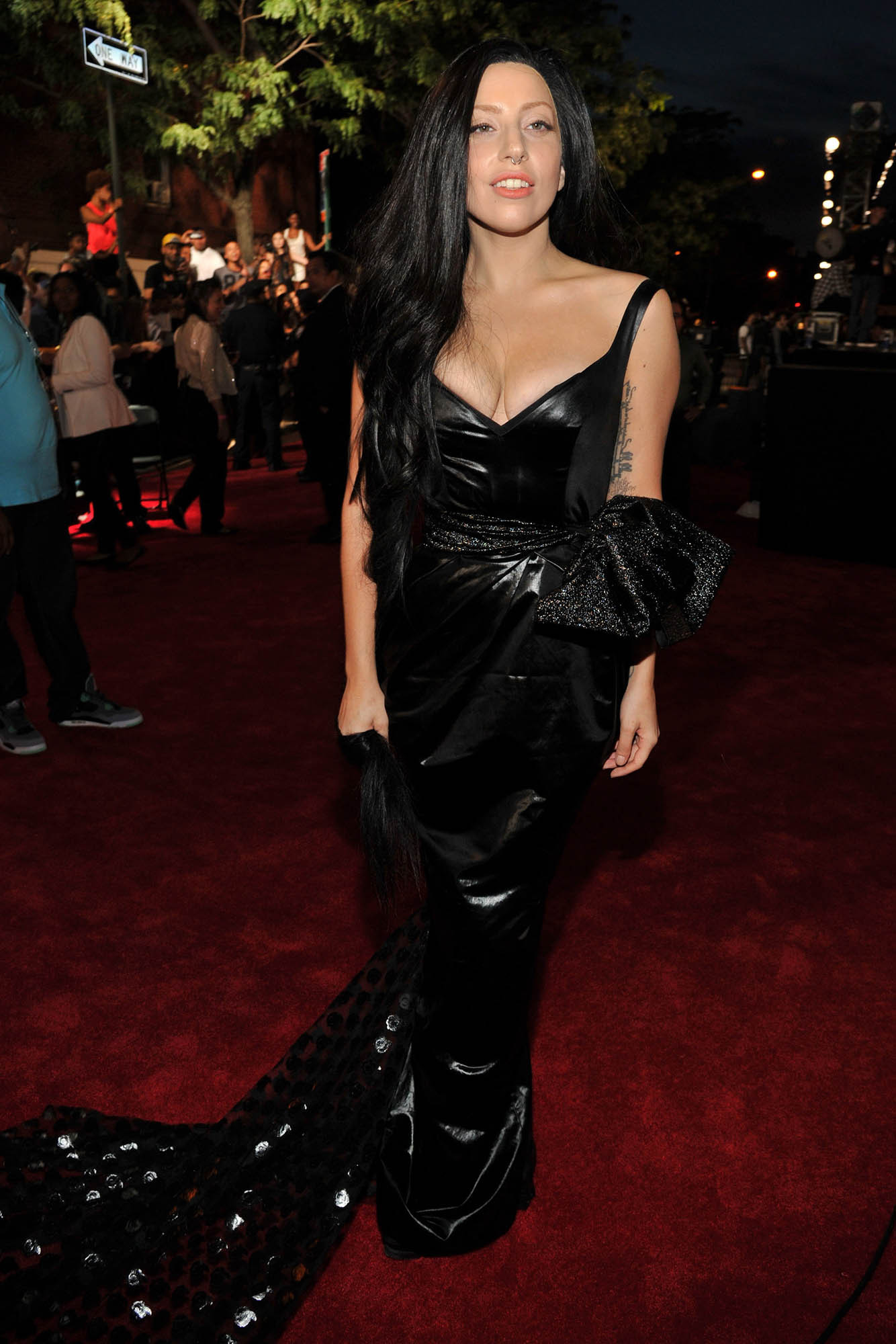 Gaga’s look for the 2013 VMAs red carpet, a black satin Prabal Gurung gown with a tulle train, was a surprisingly subdued choice for the star. 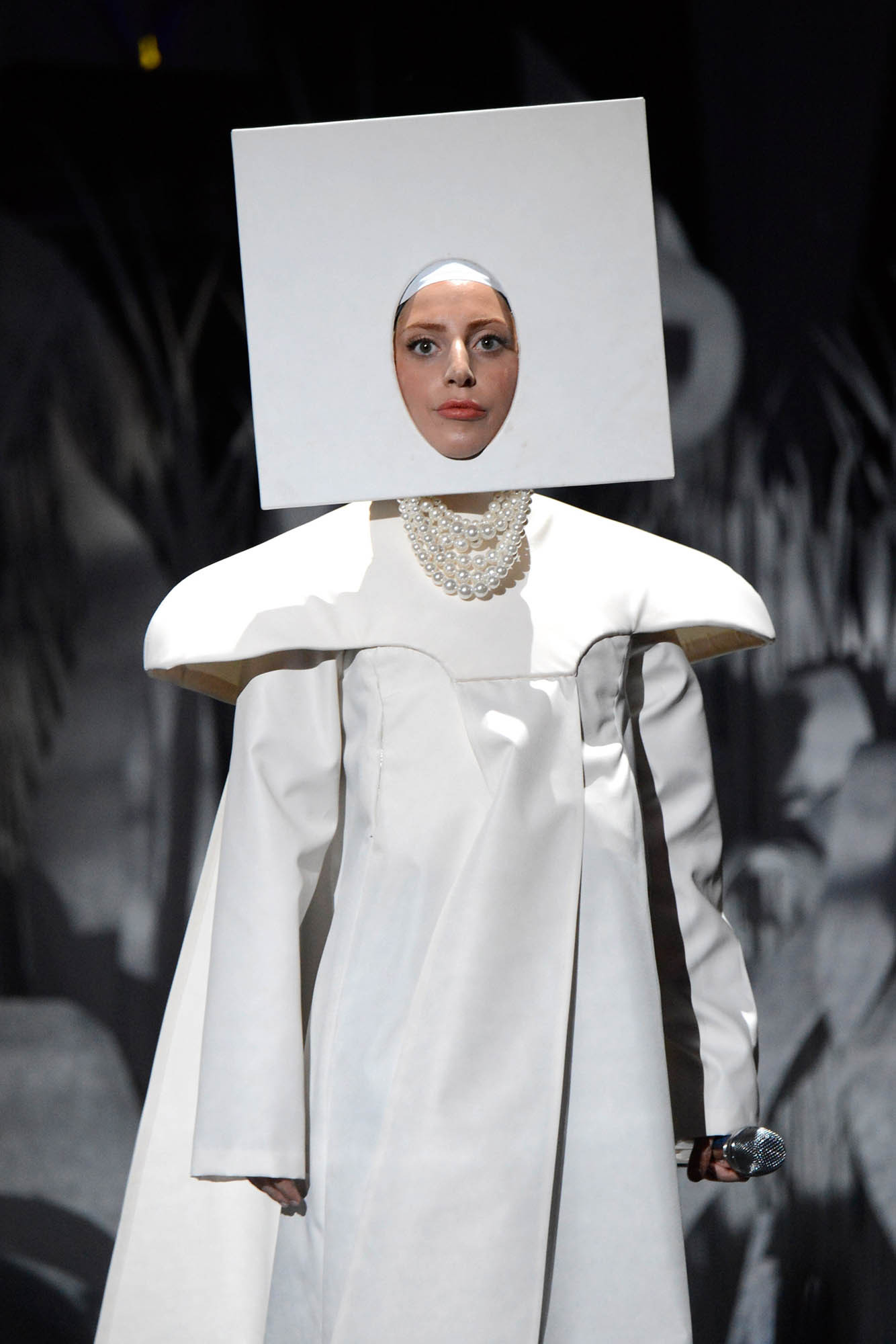 But she was back to her usual ways by the time she hit the stage, opening the show in a white nun-like look and pearls, her face framed by a blank canvas. 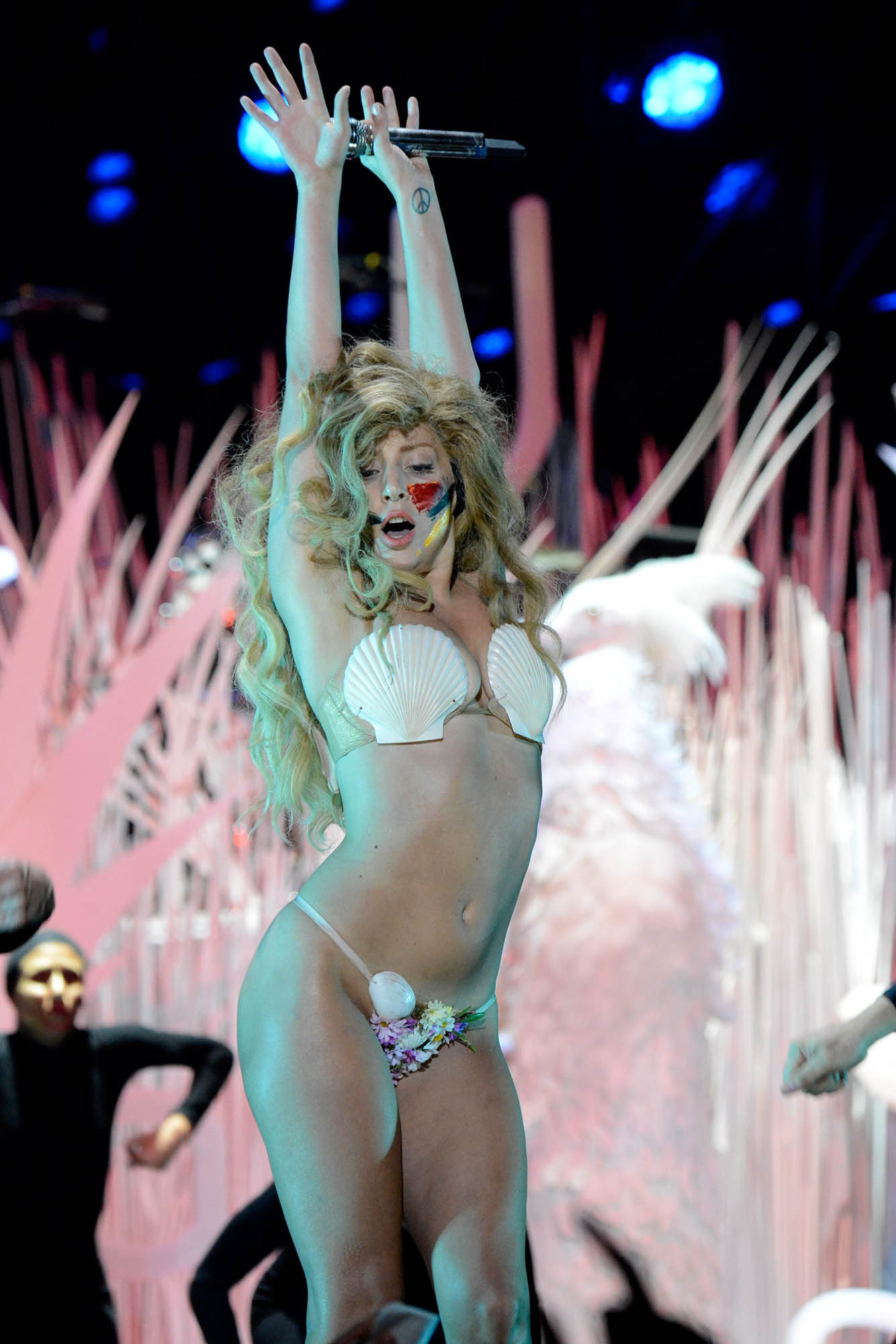 Gaga then burst into “Applause,” baring it all in a teeny-tiny seashell bikini and a mermaid-worthy hair look.